“Wretched creatures are compelled by the severity of the torture to confess things they have never done and so by cruel butchery innocent lives are taken; and by new alchemy, gold and silver are coined from human blood.”  Father Cornelius Loos  ( 1592 )

How Impaired Physicians Can be Helped–Medscape Business of Medicine Article Published February 24, 2015. Click on image to access

How can impaired Physicians be helped?

1.   Impairment among physicians is growing:  Why?

Answer:  It is not.   State Physician Health Programs (PHPs) are “diagnosing” impairment when there is no impairment.  They are pathologizing the normal and expanding in scope to increase the grand scale of the hunt.

2.  What’s the Prognosis for Impaired Physicians?

Answer:  Not Good.   Those who need help (the truly impaired)  are afraid to get help for fear of being monitored by their state PHP while many of those ensnared by PHPs are not impaired.   There is absolutely no oversight, regulation or accountability.  This needs to be evaluated in the context of physician suicide.    The system is one of institutional injustice and abuse of power.

3.  Is your knowledge of physician impairment up-to-date?

Answer:   No.  This will only occur after an evidence-based Cochrane type review separates information from misinformation; An objective non-biased investigation by outside actors identifying any conflicts-of-interest, misconduct or lack of evidence-base in the current system and separating the art and science of the medical profession from the politicalization and exploitation of the medical profession.

The list of doctors on Like-Minded Docs  solves the final piece of a  puzzle. It explains why so many doctors across the country are claiming fabrication and manipulation of personality and cognitive tests to support nonexistent diagnoses at these “PHP-approved” assessment centers.    The relationship between the state PHP’s and the “PHP-approved” assessment centers is the same as it is between the state PHPs and the corrupt labs.

As Drs. John Knight and J. Wesley Boyd note in Ethical and Managerial Considerations Regarding State Physician Health Programs, published in the Journal of the American Society of Addiction Medicine,  this is what is known as “tailoring a diagnosis”–a euphemism for the political abuse of psychiatry.  According to the Global Initiative on Psychiatry “Political abuse of psychiatry refers to the misuse of psychiatric diagnosis, treatment and detention for the purposes of obstructing the fundamental human rights of certain individuals and groups in a given society.”   The shoe fits here.  In fact it fits very well. 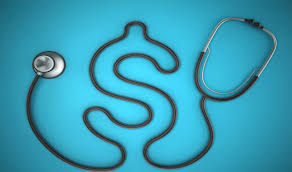 Political abuse of psychiatry in the profession of medicine needs to be treated in the same way.

An evidence based Cochrane type assessment of their “research” and an Institute of Medicine Conflict of Interest review are long overdue.

With guilt assumed from the start, no due process, no appeal, and no way out physicians are being bullied, demoralized, and dehumanized  to the point of hopelessness, helplessness and despair.

This needs to end now.

Medicine is predicated on competence, good-faith, and integrity.

The scaffold erected here is designed for coercion and control.

Exposure, transparency, and accountability are urgent.

The emperor has no clothes.

Sunshine is the best disinfectant.