As the Medical Review Officer (MRO)  for the Massachusetts state Physician Health Program (PHP), Physician Health Services, Inc. (PHS, inc.), Dr. Wayne Gavryck’s responsibility is simple.  He is supposed to verify that the chain-of-custody  in any and all drug and alcohol testing is intact before reporting a test as positive.

Note Dr Gavryck is: 1. Certified by ASAM; 2. A .Certified Medical Review Officer (MRO) who “serves PHS in this capacity.” Although Dr. Gavryck serves PHS I would beg to differ on the MRO function. Accessed from PHS Website 1/15/2015 http://www.massmed.org/Physician_Health_Services/About/PHS_Associate_Directors/#.VM1dZlXF-hY

Dr. Gavryck evidently did not do that here.  In fact for more than a year he helped cover up an alcohol test that was intentionally fabricated at the behest of PHS Director of Operations Linda Bresnahan (who told me when I confronted her with the fact that I have never had or ever even been suspected of having an alcohol problem “you have an Irish last name–good luck finding anyone who will believe you!”

It took a formal complaint with the College of American Pathologists to get the truth out.  The whole fiasco can be seen here and here.

What Gavryck and his co-conspirators did is egregious and ethically reprehensible.  It shows a complete lack of moral compass and personal integrity.  What was done from collection to report to coverup  and everything in-between is indefensible on all levels (procedurally, ethically, and legally).

The documentary evidence shows with clarity that this was not accident or oversight.  It was intentional and purposeful misconduct.  I think everyone would agree that there should be zero-tolerance for forensic fraud in positions of power.    Any person of honor and civility would agree.

Transparency, regulation, and accountability are necessary for these groups.   It is an issue that needs to be acknowledged and addressed not ignored and covered up.

If Dr. Gavryck can give a procedural, ethical, or legal explanation of what was done then I stand corrected. Just one will suffice.  I’ll erase my blog and vanish into the woodwork.  But If he cannot then this needs to be addressed openly and publicly.   And whether he was involved in the original fraud or not is irrelevant. As the MRO for PHS it is his responsibility to correct it–however late the hour may be.

Perhaps Dr. Gavryck needs to see some of the damage he has caused in order to take this responsibility. Known as a “bag man” who simply rubber stamps positive tests at the request of Sanchez and Bresnahan (much like Annie Dookhan)  he does not see the damage that is caused. Forensic fraud has grave and far reaching effects and in this case has severely impacted many people and include patient deaths.

Perhaps Dr. Gavryck needs to take a “moral inventory” and see that this this type of behavior causes real damage to real people and put a face on it.

It is people just like this who are killing physicians across the country.   The body count is vast and multiple.  And those who are caught doing dirty deeds such as this need to be held accountable.

Please help me get this exposed, corrected, and rectified.  The doctors of Massachusetts and the doctors of this entire country deserve better than this.

via Integrity and Accountability—Defend the MRO Procedurally, Ethically or Legally and win 100 Volumes of the Classics in Medicine Library and Salk and Sabin Autographs!. 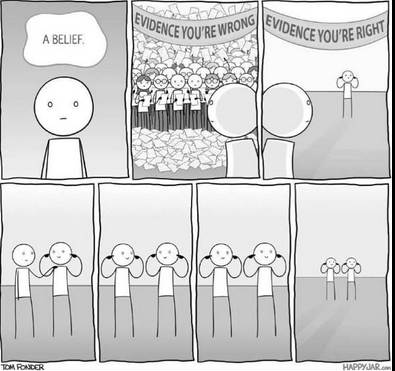 The MRO Code of Ethics–Seems like Dr. Gavryck’s breaking them in sequential order!

9 thoughts on “Integrity and Accountability—Going on two months and no winners stepping forward. Defend the MRO Procedurally, Ethically or Legally and you win all the prizes”