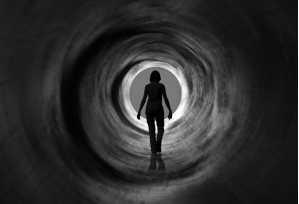 The article below was recently published on “social media’s leading physician voice” KevinMD.com.  A previous piece by the same author attempted to connect marijuana to heroin use.  Interestingly, this type of archaic rigid paternalistic chatter is becoming more and more common in the articles and social media of healthcare.   How, and more importantly why, is this type of tripe and rabble getting past editorial review?   It is 2016 not 1958!  Disappointingly, this absurd and sexist rant has generated a mere 20 comments thus far with the majority being negative.  I do agree with the apt and accurate observations of “FEDUP MD” who states the following:

“The answer is not that cut and dried.

Do I want a surgeon who is clinically impaired from marijuana operating on me at the time, who just smoked a joint before entering the OR? No.

Do I care if a surgeon two weeks ago went to Aspen on vacation, smoked a perfectly legal joint at his hotel, and now is operating on me two weeks later? No.

Both come up the same on a drug test.”

Is your doctor a marijuana user? Maybe you should ask.

Marijuana use today is not limited to the poor, the marginalized among us; nor is it kept in the inner city, as it pretty much was when I was a kid. Now it is widespread, even legal in some states. One might even make the argument it has become a substantial part of the life of the elite, the affluent of America. And when we think of elite and powerful individuals among us, do we rule out doctors? I think not.

So when I read a reader’s comment to a piece I wrote recently about marijuana and its possible connection to heroin, I was not surprised when one person rejected my ideas 100 percent. He went on to say why, and used the term “weed” once or twice in doing so. I said to myself, “Now here is a person who knows firsthand a bit about marijuana use. ” His use of the term, “weed,” told me this. He no doubt possesses more than a passing interest in the subject. Others who commented seemed to share his opinion — but not all.

My understanding of drugs and their impact on lives comes largely from my lifelong occupation as a social worker. Lots of years of doing social work in many settings including a couple of years working among the Sioux of South Dakota.  In those mid-sixties, years alcohol abuse on the reservation was rampant, and hardly a new story.  Drugs had not yet arrived.  Drugs are there now big time and the situation is horrendous, awful, drugs and alcohol together.  And I believed the conditions could not become worse than what I witnessed.   Well, they could, and they have.

There is another side to my experience, however.  As a much younger person, I dated, while living in Boston, a heavy user of marijuana.  She also took LSD regularly, which tells you how long ago this happened.  I didn’t meet the woman in the conventional way, a bar or some sort of social gathering (no Internet or on-line dating services then).  No, I met the lady at an airport north of Boston: Plum Island Airport, quite near the ocean.  I am a private pilot, and I had landed my two-seater Piper J3, and struck up a conversation with her, and offered her a ride, which she immediately accepted, and thereupon our romance began.  Straightforward enough, I hope you agree.

The J3 is a wonderful airplane, old and slow, but lots of fun to fly.  There is no starter.  You have to get out and spin the prop to start the engine — very old school.  Women seemed to love my J3, except that it wasn’t mine; it was a loaner.

Pilots incidentally are often a fairly conservative lot.  Not a great deal of alcohol or drug abuse among us.  Of course, there are glaring exceptions, but most pilots I know learned quickly that mistakes in aviation can and often are deadly.  There are no dented fenders.  I noticed too that doctors seem drawn to flying in considerable numbers.  They often have the best equipment — I never saw a doctor in a J3 — which I gather they can well afford.  And I should add that I never met a woman pilot/doctor, by the way.

They also were involved in many accidents.  Why?  It is complicated, I suppose, but doctors are busy fellows who might find a couple hours of free time, rush to the airport and were soon airborne.  Not a lot of time to practice, as in practicing takeoffs and landings.  No time for that, but in aviation as in medicine, practice makes perfect, or near perfect.  Also, I think confidence is an issue.  For doctors, at least the ones I was acquainted with, were seldom lacking in confidence, and were, therefore, capable of getting into flight situations they may have been completely unprepared for and untrained to deal with.

So my new friend, Ellen, and I dated.  She was open and very upfront with me about her heavy marijuana use.  She claimed she drove better when she was high, reminding me repeatedly of this as she weaved in and out of traffic on the Mystic River Bridge leading into Boston.  I’d hold my breath, and occasionally recommended she slow down.  She seldom did.   But still, I enjoyed Ellen’s company, and went along for the ride for easily a year or more.  I won’t say her drug use drove us apart, but it did not bring us closer together either, which leads me to this (likely unpopular) observation, and query: How many doctors entering the workplace these days have more than a casual connection to marijuana?  I know the same question can be asked regarding alcohol, but I am not asking that question here, and it is, after all, my essay.

What if there were an admissions question upon entering medical school, and it went something like this:  How would you describe your use of marijuana?  Often, once in awhile, or never.  Of course, answers to such a query would be totally unreliable, for obvious reasons.  No one would admit to marijuana use when applying to medical school.

My friend and I parted after a time.  She never said as much, but I suspected she found me a bit dull.  She eventually moved back to Virginia, and last I heard, she had wed and had a family.  Good for her.  So no bad ending here.  Maybe that’s what everybody was expecting — what I was leading up to — but you don’t get that.

But I will say this much.  I continue to be a fussy pilot, and when I travel on an airliner, which these days happens less often — I always peek into the cockpit upon entering to see who is sitting in the left-hand seat.  That’s where the pilot in command sits.  I like to see an older man there, a bit stout and maybe balding or gray-haired.  (Please don’t ask me about female pilots.)  I know such a fellow is likely experienced.  He has survived a long time, is my guess.

If I were to find a young Robert Redford-type in that left-hand seat, I would become uneasy and not fully sure of what I was getting myself into.

So the point I am making here is this:  I am clearly discerning as to the skill and condition of an airline pilot, someone I seldom see, so why should I not be really picky when it comes to doctors I select, and whether or not they use marijuana regularly, or even at all?

Raymond Abbott is a social worker.

6 thoughts on “Reefer Madness Redux: Is your doctor a marijuana user? Maybe you should ask.”