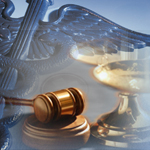 I received the email below from Dr. Jesse Cavenar, Jr. regarding legislative changes that would severely infringe on the rights of doctors as licensees of the North Carolina Medical Board and subject them to distinctly non-impartial diagnostic psychiatric evaluations and remove all possibility of due process.  These developments could possibly herald the wide-scale abuse of psychiatric evaluation and treatment by two governmental agencies acting in collusion with utterly no oversight or accountability.  Namely the Federation of State Physician Health Programs (FSPHP) and the Federation of State Medical Boards (FSMB).  As a state Representative who is also a physician told me this morning –“this bill is representative of a prevailing attitude that does not realize what is really happening.”

This is the bill, entitled H453  that is before the NC legislature this session.  My reading of the bill is that the bill is a disaster.  It seems to be an attempt by the lobbyists and lawyers to remove many existing features of the present law. In particular, I would direct your attention to two features:

2) There is a clause inserted in the law to immunize the NCPHP against civil liability for the performance of the NCPHP function. In other words, the state statute declares that one cannot bring legal action against the NCPHP because they are immune. This is absurd. These people should be no more immune than any other doctor in the state of North Carolina.

In addition, the proposed statute seems to attempt to haze out whether the NCPHP record is or is not a medical record. As you will see, one would be entitled to a copy of an ³Assessment² but it would appear not the entire medical record. This is contrary to the NC Medical Board position paper on medical records. I would urge everyone to immediately contact his or her appropriate Senator and Representative to register opposition to this bill as written, and to urge that an expert panel of disinterested physicians and attorneys be appointed to write a new bill that would be appropriate.

A colleague of mine who is a medical ethicist has reviewed this and had the following to say: ³Well, well!  I think the most interesting thing here is that someone has tried to get the NC Legislature to immunize the existing system against any countering action.  This, it seems to me, is tacit admission of culpability.²  Well stated, I would say.