An old joke asks “How does a doctor define an alcoholic?”  Answer–“anybody who drinks more than he does.”   How does a physician health program (PHP)  define an alcoholic?  Answer –anybody who walks through the front door. These profiteers and “addiction addicts” want to test the urine, blood, hair and nails of the entire population but their current net has now expanded to medical students.   They want to test them all and let God sort them out but in reality, a zero-tolerance paradigm utilizing non-FDA approved tests of unknown validity would be  ruinous. With recreational and experimental drug use common in young adults a profession that refuses to accept anyone who tests positive for drugs will exclude large numbers of brilliant, talented individuals and dismissing highly talented people in medicine for what might be a one-off recreational non problematic drug experience would retard its advance. 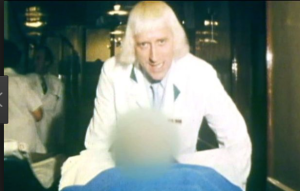 The use of these non-FDA approved tests of unknown validity should not be allowed to begin with but there needs to be a concerted direct attack on their use on medical students or the brain-drain on the profession will bring it back to the dark ages.  The ASAM White Paper on Drug Testing proposes imposing this system with mandatory drug testing by the healthcare system from childhood to old age.  College loans are proposed as “leverage” for college students in this “contingency management” paradigm so a lot of promising students could be weeded out before even applying to medical school.  Forget GPA and MCATS as the primary criteria for medical school admission will be sobriety and clean urine screens.. 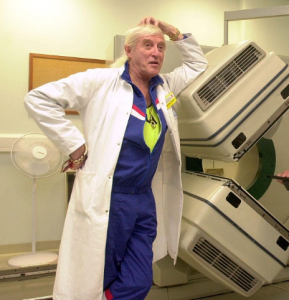 It is important that medical school administrators refuse to engage in  blind deference to the authority of the state PHP. Authority must always be questioned and to not do so is irresponsible.  Unquestioning allegiance to an authority does not comport with the history of the medical profession or science. Faith in institutions demands mass adherence to faith in that authority and direct challenges to the status quo are needed to undermine that faith.   They have bamboozled the medical boards into implementing bad policy, accepting bad science and approving

bad decisions. This problems needs to be addressed at the state level state by state.  The medical board swamp of co-conspirators, apologists, sympathizers, insecure idiots of medical mediocrity with chips on their shoulder who get off on harming smarter and better doctors as well as the brain dead fossils and geezers need to be swiftly identified and put to pasture.

Additionally this swamp needs to be drained of the extant attorney pool by replacing state salaried attorneys lock-step in the cesspool with law school graduates who have integrity, honest and moral compass.   The Federation of State Physician Health Programs (FSPHP) and their state franchises need to be dismantled with dispatch and this needs to be done state by state. Power absent accountability needs to be identified and removed.   The fracture points of this racket includes  direct confrontation using  fact and truth–when these things are tossed their way they scatter like feral cats.  These jokers have duped state and local legal authority into deference to their expertise and integrity under the notion that questioning these attributes undermines a culture of professionalism.  The fact of the matter is, they have no expertise, no integrity and no professionalism.  The current bed we lay in is the consequence of a simple extortion scheme concocted by a coterie of unscrupulous 1980’s impaired physicians who like Billy Idol’s Rebel yell wanted more more more and the paradigm architects have successfully created a  monopolistic conglomerate with insular power in a manner analogous to the post-war activities of Bugsy Siegel who, with help from friend and fellow mob boss Meyer Lansky,  poured money through Mormon-owned banks for cover of legitimacy, into the Flamingo in 1946 and created Las Vegas as we know it today and, in both cases, the house always wins.  In this sick and twisted analogy the role of Siegel  would be  played by G. Douglas Talbott and the role of Lansky would be played by Robert Dupont and the progeny they created is knee slapping themselves and laughing all the way to the bank with the blood money.   This entire scaffold, however,  is built from false premises to create a false construct of logical fallacy and lies; a Potemkin village and foundation built of sand.  We need to point out the emperor has no clothes, no balls and no brains.   That part is easy.  The hard part is arousing the complacent and the indifferent from their blinkered slumber. The rank-and-file need to wake up from their “what me worry” slumber and say something.  Ignorance is bliss until falling through the rabbit hole and unlike the Wonderful Wizard of Oz what lies beneath the curtain is not so wonderful. The wizards at large are not bad  wizards but good men but a coterie of good wizards and bad bad men and a large number of bad wizards and bad men,  a dark tower of delinquent deadlights. In 2011 these carney hucksters got the Federation of State Medical Boards (FSMB) to accept make believe and fantastical pseudo-bullshit such as “potentially impairing illness” and “relapse without use” as real things and the FSMB even wrote this non-sensical gibberish into their public policy on physician impairment.   They might as well have sold them the Brooklyn bridge.  How is it possible that the organization responsible for the regulation of over 900, 000 doctors incorporated nonsensical psychobabble that does not exist into regulatory policy potentially impacting an entire profession and those potentially impacted speak nary a peep?   The fact that unintelligible and meaningless gobbledygook got past editorial review  signifies that the swamp needs to be drained.  Is there not enough collective brains and balls in this organization to call out swindle and rook?   Historically the FSMB does whatever the FSPHP says.  When the FSPHP says bend over the FSMB unquestionably does and its time to retire or remove these willing gulls and start from scratch.

The terms “potentially impairing illness” and “relapse without use” in the context of PHP clutchability widens the net to everyone.   In a just and civil society the threshold for power and hold over a medical license would be alleged misconduct that presents a clear and present danger but in this alternate reality the threshold lines have not only been blurred but set to zero.   The intentional potential impairment trap and relapse without use ruse is able to target anyone and everyone.

Physician health programs (PHPs) have become tainted and contaminated by dark matter and outside drug and alcohol assessment, testing and treatment influence and the agenda has nothing to do with helping medical students or protecting the public.  This confederacy of dunces is an unquestioned authority, an unelected authority, an illegitimate authority and an irrational authority and by targeting medical students this Machiavellian culture of impunity and fear can effectively silence those who could and should be able to question authority.  At this point we have two choices.  We either wake up, come together and get these sociopathic profiteers in the crosshairs and take them down or sit back and watch the whole shit-house go up in flames.

Please donate to this effort below.  Your contribution can and will make a difference.  https://www.gofundme.com/PHPReform