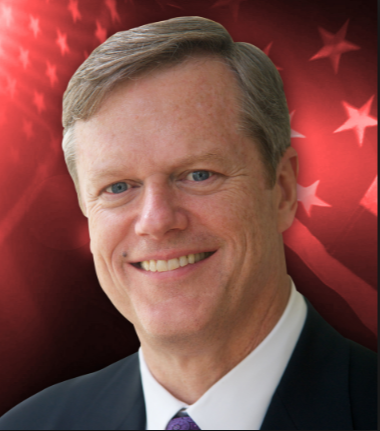 Evidence that the Massachusetts Board of Registration in Medicine (BORIM)  is rife with institutional corruption involving fraud and other criminal activity is easily available.  Reports of ethical and criminal misconduct involving conscious violations of the constitutional rights of good doctors under “color-of-law” for sham peer-review are rampant.  The civil and and human rights violations being committed by specific individuals is crystal clear and direct evidence of actionable crimes can found in documentary evidence alone. That means no additional evidence is needed to charge the specific individuals involved with the crimes they committed.    No checks-and-balances exist in the system.

The medical board has enjoyed years of blocking, punting, deflecting, dismissing and derailing valid complaints of ethical and criminal allegations.   No one has looked and no once has cared.

That is why Governor Baker’s May 2016 move to control professional boards  seemed like a promising  step in exposing the corruption as it was ostensibly intended to provide oversight to an agency accountable to no one.   Finally, an outside group that could investigate complaints of misconduct and hold individuals accountable for their actions if misconduct was found was available.   In light of the presumed honesty and integrity of the agency tasked with overseeing the Medical Board I provided detailed documentation to the Director of Constituent Services at the Office of the Commissioner for Public Health,  Helen Rush-Lloyd ( Helen.Rush-Lloyd@state.ma.us   617-624-5223 ).    An e-mail documenting the information  given to her can be seen here: Physician Health and Compliance Unit.   As the e-mail shows, the information I provided Ms. Rush-Lloyd provides direct evidence of multiple crimes. It provides documentation providing direct evidence of felonies committed by specific individual involving falsification of evidence, forensic fraud (not only commensurate with that of Annie Dookhan but much worse) and cover–up.   There is prima facie evidence of perjury and forgery involving specific individuals both within medical board and its affiliate Physician Health Services, inc. (PHS). The evidence of crimes is precise, unequivocal and indefensible as is evidence that Board counsel Deb Stoller was not only involved in covering up crimes but complicit in them.

So here is the question. It has now been close to 8 months since this information was provided to Ms. Rush-Lloyd .  She informed  June 7 she would provide the name of the appropriate contact person to respond.  She never did and follow-up inquiries have all been ignored.  Zero response.   It has been over 5-years since I provided Board counsel Stoller with documentation of these crimes.  The obvious can  no longer be ignored and both the commission and concealment of these crimes are egregious. This is not simply a matter of withholding evidence but of concealing crimes that puts both doctors and the public in immediate or eventual danger.

So the question is how much direct evidence of crimes do we need floating around before it raises any eyebrows?  How much proof is needed before someone does something about it rather than claim “it’s not my department?”  How many bodies must be buried before someone acts?  We can add one more dead doctor to this list and it involves the death of a brilliant and caring physician who was put in the hands of the same individuals who committed the crimes as shown in documentary evidence I presented Ms. Lloyd-Rush 8 months but she did nothing about. As with all corruption, this too will sooner or later be exposed and by all counts it is looking like sooner.      One thing is for certain.  In this case they are not going to be able to pin it all on a patsy like Dookhan. Documentary evidence will show who knew what and when they knew it.  Congratulations Ms. Rush-Lloyd–I’ll fill you in on the details of another preventable death of a good doctor.  Rationalize and kid yourself all you want that your just doing your job but those with the authority and power to investigate corruption are themselves corrupt.   Explain otherwise.  Either defend what you see in the documents or acknowledge what it shows.  Your silence is no longer an option.

Source: Massachusetts Governor Charlie Baker Moves to Control Professional Boards (But has the Medical Board made a Countermove?)

2 thoughts on “Massachusetts Office of the Commissioner for Public Health has ignored direct evidence of medical board corruption and felony crimes for 8-months:  How many bodies must be buried before anyone acts?    ”