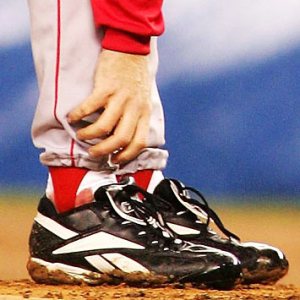 The essay below found on 123HelpMe.com called The “Doctor Who Saved Boston.” is about Dr. William J. Morgan, the brilliant hand surgeon who helped the Red Sox win the World Series for the first time in 86 years.  Morgan performed  surgery on Curt Schilling’s severely damaged ankle that allowed him to pitch in game 6 of the ALCS against the Yankees when we were down three games to two.
No known medical or surgical options existed to allow Schilling the functionality to pitch.  But just as things were looking bleak Dr. Morgan miraculously performed an unprecedented procedure he invented that allowed Schilling to pitch seven innings winning the game 4-2.   He created a wall of stitches to hold Schillling’s torn tendon sheath in place before game 6’s win and again before game 2 of the World Series that we…