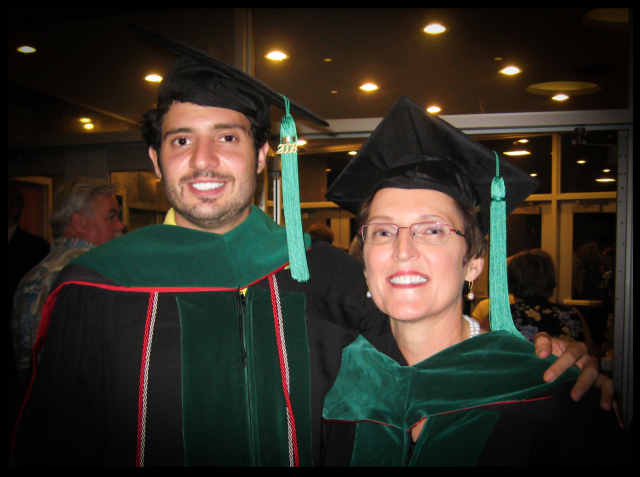 “Do Physician Health Programs Increase Physician Suicides?” by Dr. Pamela Wible was published on Medscape August 28, 2015 and was subsequently posted on KevinMD on September 7 where it quickly became the #1 most popular article of the week and the #3 most popular article of the past six months. 323 comments have been left on Medscape thus far and 258 on KevinMD where comments are now closed.

Conclusions based on comments = Increased suicide and harm by a landslide

What is the consensus so far regarding the questions raised by Anderson and Wible?    Judging by the comments thus far the overwhelming consensus is that Physician Health Programs are not only causing harm but large-scale, serious, far-reaching and grave harm and this is by a landslide.   Of the over 950 collective comments all but a handful have been extremely negative and critical.   These comments raise specific and serious questions that are not being answered by the FSPHP or their sympathizers and apologists.

Gunderson’s response to Anderson’s article deserves a point-by-point analysis at a later point, but to summarize, her rebuttal attempts to summarily dismiss the serious criticisms raised in Anderson’s article while completely avoiding the specific criticisms and dismissing key facts.  She does this by questioning the integrity and quality of the both the report itself and the sources used for the report.

Calling it a “biased and unbalanced view of Physician Health Programs (PHPs)” Gunderson implies the piece falls short of the “journalistic excellence” expected of Medscape and that almost all of the information relies on “hearsay, including information from anonymous sources, allegations rather than facts, and a handful of anecdotes.”  She contrasts this to the “six pages of factual information and references to several peer-reviewed articles” that were summarily ignored by Medscape.

Quality of that information aside, Anderson’s article is investigative journalism not research.  It is designed to raise questions not compare outcomes.  It essentially expresses the concerns of tangential dissident voices that have previously been unheard  (or silenced) by the perceived authority in question and in doing so fulfills its purpose. Anderson’s paper is not a research based comparison of the literature but the exposure of criticisms involving an organization of alleged absolute power over doctors who have been stripped of due process and appeal; an organization allegedly bereft of accountability and oversight; a purported secretive unregulated system of coercion, disempowerment and control.

Most victims of this system lack the resources to even mount effective challenges, much less undertake their own counter research. Not sure what she was expecting but in situation like this allegations and anecdotes are the only ammunition available and articles such as this are the proper, and sole, means available to voice dissenting opinion and raise awareness and concern.

Gunderson predictably  goes on to present the usual appeals to authority, special knowledge and consequences and inevitably brandishes the “overwhelming success” of PHPs. She also references her own study concluding that PHPs reduce malpractice. She states:

“…research demonstrates that physicians who participate in PHP monitoring for any health issue have a lower malpractice risk compared to the physician population at large, underscoring the relationship between physician health and effective patient care.”

“Overwhelming success” is of course based on Setting the Standard for Recovery: Physicians’ Health Programs, a  poorly designed non-randomized non-blinded retrospective analysis of a single data set with multiple flaws in both reasoning (type I and type II errors) and statistical analysis that render its conclusions invalid. In addition the impact of undeclared but substantial financial conflicts-of-interest (including funding by drug testing and addiction treatment industries) and personal ideological biases (including personal 12-step recovery from addictions) in the authors make it nothing more than authoritative opinion.   Adding the alleged misdiagnosis and over-diagnosis of addiction in physicians by this group incentivized by lucrative self-referral dollars for expensive 90-day treatment programs renders it less than authoritative opinion.

As with the “PHP-blueprint” the claims of lower malpractice risk are based on a single retrospective cohort study (with Gunderson being one of the authors ) comparing malpractice risk prior to and after being enrolled in a state PHP that revealed a reduction in malpractice rates in those who participated in the PHP.    The 20% reduction they speculate:

“…could be that participants learned skills during their treatment and recovery — skills to communicate better with colleagues, staff, and patients. It may be that experience with the PHP led participants to make use of other professional supports — that is, maybe to seek consultation earlier in their work. Or maybe they were more motivated to practice conservatively and adhere to standards of practice, given what they learned in the PHP program.”

This sounds great until you consider what impact being monitored by a PHP might have on the number of patient encounters a doctor might have before and after being enrolled in a PHP.  I speculate otherwise.

How many had practice restrictions, reduced hours, retired or were working in non-clinical positions after being enrolled in the PHP.  Being subject to PHP monitoring is not comparable to taking a daily dose of vitamin-D.  It has a very serious impact on one’s day to day activities and for a study looking at malpractice risk I would venture to guess that matching the NUMBER OF HOURS SEEING PATIENTS AND NUMBER OF PATIENT ENCOUNTERS  would be an essential part of the study design that should be explicitly and accurately matched especially in a group in which the average age enrolled was 50.

This is akin to a pre-school claiming that participation in their program leads to a 20% reduction in wet diapers for children because of the skills those little fellers learned at their school.

Unfortunately this combination of logical fallacy and misrepresentation of seriously flawed studies usually sways the target.  Criticisms are dismissed and everyone walks away complacent in the belief these are just good people helping doctors and protecting the public, but that is not what is happening here.

The comments left here and on the other 3 articles have made it abundantly clear that not only is there a  problem with PHPs but a very serious problem. Allegations included fabricated diagnoses, “diagnosis rigging”, “treatment rigging,” total denial of due process, lab fraud and many other serious concerns.  Faced with these specific and serious criticisms and critical reasoning  the FSPHP has become tongue-tied as the individual horror stories mount.

Now  silence from authority is an acceptable stance when the criticisms are unreasoned and unfounded ad hominem attacks and generalizations based on bias and prejudice but that is not the case here.   The testimonials and criticisms are articulate, specific and remarkably similar.

Need for further exposure, awareness and investigation through mainstream media and others

Patterns are appearing that involve abuse of power and control of information in a system that manages all aspects of testing, assessment and treatment without oversight or regulation; an opaque and rigged game that dismisses all outside opinion with no transparency or apparent accountability (including the provision of information and justification for actions).  Due process has been removed and the  coercion, control and abuse of power are seen in these comments that are not only believable but plausible.  This is crystal clear.

These comments can be seen here:  FSPHP Response to ‘Physician Health Programs_ More Harm Than Good_’ and I urge others to read them, form their own opinions. investigate this area and help expose these issues.  If PHPs are causing this degree of harm and contributing to the suicide epidemic in doctors it needs to be exposed with dispatch and allies are urgently needed.