If one looks behind the curtain there is not much there.

Historical, political, economic and social analysis can all show how the construct that exists today came to be.   This can be factually ascertained by simple reasoning and examination of the documentary evidence.

Any one of these analyses would reveal that the “PHP-blueprint” is a false-construct built on circumnavigation and obfuscation.

An evidence-based scrutiny of the literature would reveal it to be invalid and of little probative value.  A public policy analysis would reveal the logical fallacies involved in trumpeting  their positions including exaggerated rhetoric and  fear monitoring strategies designed to inspire moral panics and exploit fears to further an underlying political agenda

These groups  misrepresent, censor and suppress. They  nit pick and split hairs.

The concept of denial is not just used to force people into treatment and justify abuse during treatment but  to suppress specific questions and deliberately avoid key facts.

So why are we not questioning this “authority?”     They have been left alone and basically thrown in the backyard left to proliferate like feral cats.

We need anti-authoritarians and we need them now.

I need allies before the door closes for good. And that door may be closing a lot sooner than you think!

According to Talbott, “impaired doctors must first acknowledge their addiction and overcome their ‘terminal uniqueness’ before they can deal with a drug or alcohol problem.” “Terminal uniqueness “ is a phrase Talbott uses to describe doctors’ tendency to think they can heal themselves. “M-Deity” refers to doctors “being trained to think they’re God,” an unfounded generalization considering the vast diversity of individuals that make up our profession. This attitude, according to some critics, stems from the personal histories of the treatment staff, including Talbott, who are recovering alcoholics and addicts themselves. One such critic was Assistant Surgeon General under C. Everett Koop John C. Duffy who said that Ridgeview suffered from a “boot-camp mentality” toward physicians under their care and “assume every physician suffering from substance abuse is the same lying, stealing, cheating, manipulating individual they were when they had the illness. Certainly some physicians are manipulative, but it’s naïve to label all physicians with these problems.”

They can be a terror to your mind and show you how to hold your tongue
They got mystery written all over their forehead
They kill babies in the crib and say only the good die young
They don’t believe in mercy
Judgement on them is something that you’ll never see
They can exalt you up or bring you down main route
Turn you into anything that they want you to be–Bob Dylan, Foot of Pride

Although no reliable statistics yet exist, anecdotal reports suggest a marked rise in physician suicide in recent years. From the reports I am receiving it is a lot more than the oft cited “medical school class” of 400 per year.

This necessitates an evaluation of predisposing risk factors such as substance abuse and depression, but also requires a critical examination of what external forces may be involved in the descent from suicidal ideation to suicidal…

The 12-red flags below are very applicable to American Society of Addiction Medicine (ASAM) related consensus and public policy.    When viewed through this lens the science and research all falls apart.

(1) When different claims get bundled together.
(2) When ad hominem attacks against dissenters predominate.
(3) When scientists are pressured to toe the party line.
(4) When publishing and peer review in the discipline is cliquish.
(5) When dissenting opinions are excluded from the relevant peer-reviewed literature not because of weak evidence or bad arguments but as part of a strategy to marginalize dissent.
(6) When the actual peer-reviewed literature is misrepresented.
(7) When consensus is declared hurriedly or before it even exists.
(8) When the subject matter seems, by its nature, to resist consensus.
(9) When “scientists say” or “science says” is a common locution.
(10) When it is being used to justify dramatic political or economic policies.
(11) When the “consensus” is maintained by an army of water-carrying journalists who defend it with uncritical and partisan zeal, and seem intent on helping certain scientists with their messaging rather than reporting on the field as objectively as possible.
(12) When we keep being told that there’s a scientific consensus.

The validity and reliability of opinions lie in their underlying methodology and evidence base. Reliance on the personal authority of any expert or group of experts is the fallacy of appeal to authority.

I have asthma but that does not make me a Pulmonologist.  That addiction “specialist” diagnosing and treating you may have 5 years prior been a proctologist; and maybe not even a very good one at that.

Somewhere there may be doctor with no post-graduate training in surgery wielding a scalpel and calling himself an expert surgeon, but it is difficult to imagine that he is a very good one. 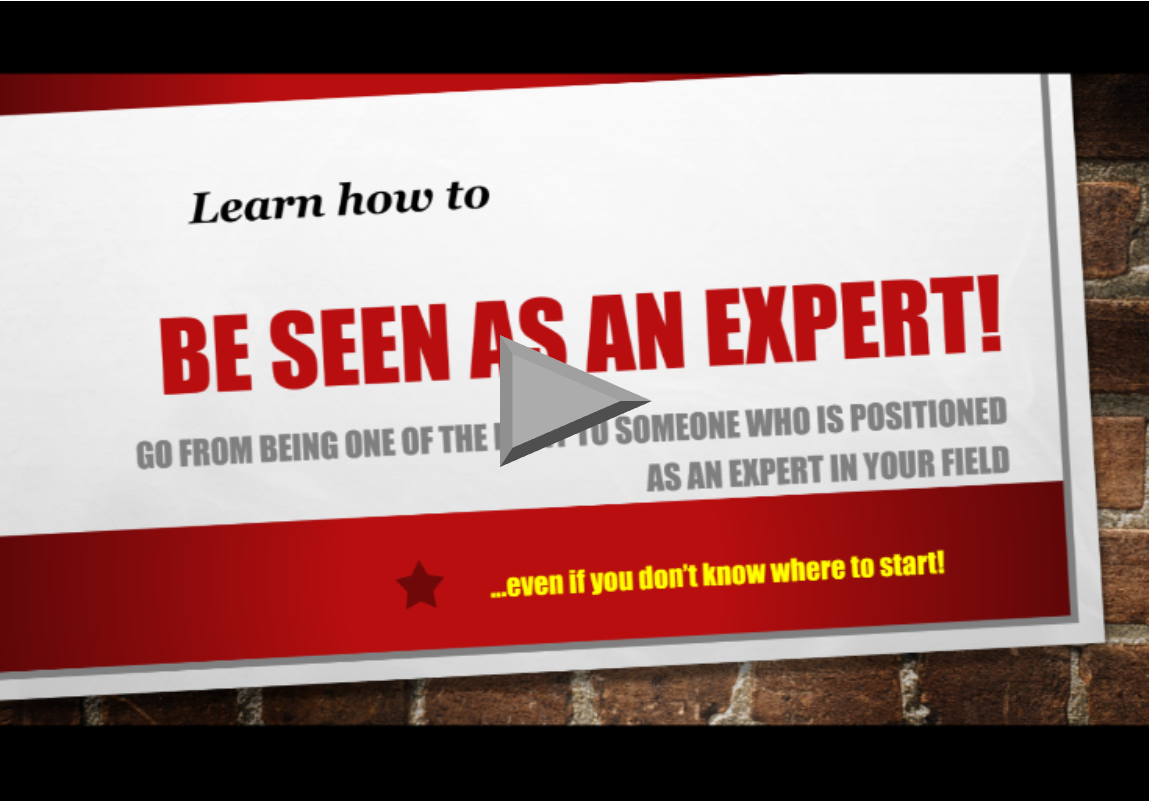 “How to Position Yourself as an EXPERT, Make More Money and Help More People, by Becoming a Published Author – Even if You Don’t Know Where to Start!” Think about it – if you need to see a chiropractor, for example, would you rather see a general chiropractor, or one who has positioned …
http://leighstjohn.com/free-educational-webinar-how-to-position-yourself-as-an-expert/

In order to comprehend the current plight of the Medical Profession and the dark clouds that lie ahead it is necessary to understand the history of the “impaired physician movement” and the American Society of Addiction Medicine.

“The impaired physician movement is characterized by a number of evangelical recovered alcoholic and addict physicians, whose recovery has been accompanied by an involvement in medical society and treatment programs. Their ability to make authoritative pronouncements on physician impairment is based on their own claim to insider’s knowledge.”1

The impaired physician movement emphasizes disease and therapy rather than discipline and punishment and believes that addiction is a chronic relapsing brain disease requiring lifelong abstinence and 12-step spiritual recovery. The drug or alcohol abuser or addict is a person lacking adequate internal controls over his or her  behavior;  for his own protection as well as the protection of society external restraints are required including involuntary treatment.

The American Society of Addiction Medicine can trace its roots to the 1954 founding of the New York City Medical Society on Alcoholism (NYCMSA) by Ruth Fox, M.D whose husband died from alcoholism.

Finding that alcoholics in her psychoanalytic practice did not recover when she used conventional analytic approaches, she taught her patients about alcoholism as a disease and introduced “them to AA meetings held in her living room.”2

A number of physicians in the New York Medical Society were themselves recovering alcoholics who turned to Alcoholics Anonymous for care.3

The society, numbering about 100 members, established itself as a national organization in 1967, the American Medical Society on Alcoholism (AMSA).3

The group promoted the concept of alcoholism as a chronic relapsing disease requiring lifelong spiritual recovery through the 12-steps of AA.

“Abstinence from alcohol is necessary for recovery from the disease of alcoholism” became the first AMSA Position Statement in 1974.2

In 1985 ASAM’s first certification exam was announced. According to Dr. Bean-Bayog, chair of the Credentialing Committee:

“A lot of people in the alcoholism field have long wanted physicians in the field to have a high level of skills and scientific credibility and for this body of knowledge to be accredited.”2

And in 1986 662 physicians took the first ASAM Certification Exam.

“having demonstrated knowledge and expertise in alcoholism and other drug dependencies commensurate with the standards set forth by the society.”4
“While certification does not certify clinical skill or competence,” the Board explained, “it does identify physicians who have demonstrated knowledge in diagnosis and treatment of alcoholism and other drug dependencies.”5

Somehow, I don’t think this is quite what they had in mind!

Achieving “recognized board status for chemical dependence” and fellowships in  “chemical dependency”  are among the five-year objectives identified by the group.  These are to come to fruition by  “careful discussion, deliberation, and consultation” to “determine its form and structure and how best to bring it about.”5

In 1988 the AMA House of Delegates votes to admit ASAM to the House. According to ASAM News this “legitimizes the society within the halls of organized medicine.”2

In 1989 the organization changes its name to the American Society of Addiction Medicine (ASAM).2

Since 1990, physicians have been able to list addiction medicine as a self-designated area of practice using the specialty code “ADM.”

The Membership Campaign Task Force sets  a goal to double its membership of 3,500 to 7,000 by the year 2000 to assure “the future of treatment for patients with chemicals. It represents a blueprint for establishing addiction medicine as a viable entity.”7

Ninety physicians become Fellows of the American Society of Addiction Medicine (FASAM) in 1996 “to recognize substantial and lasting contributions to the Society and the field of addiction medicine.”8

Among the honorees are Robert DuPont, G. Douglas Talbott, Paul Earley, and Mel Pohl. In addition to at least five consecutive years of membership and certification by the Society, Fellows must have “taken a leadership role in ASAM through committee service, or have been an officer of a state chapter, and they must have made and continue to make significant contributions to the addictions field.”8

According to an article in Addiction Professional “Board certification is the highest level of practice recognition given to physicians.”

“A Physician membership society such as ASAM, however, cannot confer ‘Board Certification,’ ” but a“ “Medical Board such as ABAM has a separate and distinct purpose and mission: to promote and improve the quality of medical care through establishing and maintaining standards and procedures for credentialing and re-credentialing medical specialties.”

The majority of ASAM physicians meet these requirements by “working in a chemical dependency treatment facility, taking continuing medical education courses in addiction, or participating in research.”11

Specialty recognition by the American Board of Medical Specialties, fifty Addiction Medicine Fellowship training programs and a National Center for Physician Training in Addiction Medicine are listed as future initiatives of the ABAM Foundation in 2014.

The American Society of Addiction Medicine’s mission is to “establish addiction medicine as a specialty recognized by professional organizations, governments, physicians, purchasers, and consumers of health care products, and the general public’12

In this they have succeeded.

And in the year 2014 G.V. Stimson’s characterization of the “impaired physician movement” remains as accurate and apt as it was in 1985. But the “number of evangelical recovered alcoholic and addict physicians” has increased dramatically  (outnumbering Addiction Psychiatry by 4:1)  and their involvement in “ medical society and treatment programs” has been realized and enforced through the state Physician Health Programs and their “PHP-approved’ assessment and treatment centers.

Their “ability to make authoritative pronouncements on physician impairment…based on their own claim to insider’s knowledge”  has become public policy and sanctified by Regulatory Medicine -essentially the Word of the Lord.

But the world is not changing for the better as that arm around the shoulder of religion has its fingers deep in the pockets of the multi-billion dollar drug and alcohol testing and assessment and treatment industries.  And the arm around the shoulder of medicine has its fingers clamped tightly around its throat; a stranglehold in full throttle suffocating the Profession of Medicine with no meaningful opposition I can see.