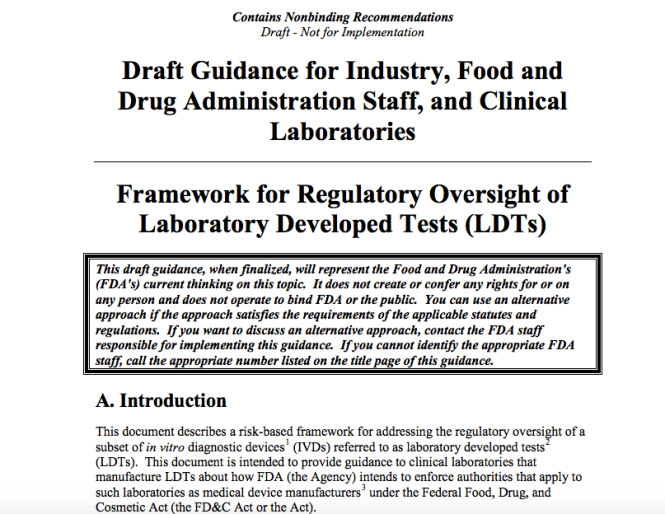 Questions about the accuracy and marketing of Laboratory Developed Tests (LDTs) led to last years debate on whether or not  the U.S. Food and Drug Administration (FDA) should regulate a subset of diagnostic tests currently exempted from oversight. Designed to bring clinical tests to market such as those for rare diseases that the costly FDA process would otherwise preclude,  the LDT pathway bypasses Federal regulation and oversight.  The LDT pathway additionally bypasses any semblance of accountability. It is an honor system and, as with any honor system, it is a system that can be exploited by the dishonorable.

Questions about the validity of these tests raised concerns over patient safety and this led to a call for oversight.  Among those asking for regulation were  Massachusetts Senators Edward J. Markey and Elizabeth Warren.