“We had two bags of grass, seventy-five pellets of mescaline, five sheets of high powered blotter acid, a salt shaker half full of cocaine, and a whole galaxy of multi-colored uppers, downers, screamers, laughers… and also a quart of tequila, a quart of rum, a case of Budweiser, a pint of raw ether and two dozen amyls.
Not that we needed all that for the trip, but once you get locked into a serious drug collection, the tendency is to push it as far as you can.”
― Hunter S. Thompson, Fear and Loathing in Las Vegas

A knowing smile must have come across Sonja Farak’s face if she ever read the above quote from Fear and Loathing in Las Vegas during her nearly eight-years as a chemist for the  Massachusetts crime lab. The list of  illicit pharmaceuticals found in the trunk of Dr. Gonzo’s red Chevrolet convertible was not unlike her very own workstation stash in terms of diversity and color.  Farak’s personal bindle, however, just happened to reside within the walls of the Amherst facility where she worked as a chemist analyzing seized substances brought in by police and the buffet of illicit pharmaceuticals and industrial quantities Farak  snorted, smoked and swallowed while testing drugs for criminal cases is jaw dropping.

Referring to his own drug use,  Charlie Sheen once said …”I probably took more than anybody could survive,” during  an ABC interview. “I was banging seven-gram rocks. Because that’s how I roll. I have one speed. I have one gear.”  Sheen noted his most recent binge was “radical. … The run I was on made Sinatra, Flynn, Jagger, Richards look like droopy-eyed, armless children.”  But Farak’s  run would make even the most hardcore drug user stand up and take notice as this woman was not just under the influence but over the rainbow and her eclectic pharmacopeia and hepatic fortitude alone is breathtaking but the kicker is this; she did it all within the walls of the state run crime lab and no one noticed.

Farak’s drug use started  in 2004 when she started sampling from the “primary standards” chemists use as a reference to compare to the the seized samples brought in by police.  “Primary samples” are of very high quality and the Amherst lab maintained samples of everything from heroin to marijuana.  Farak developed a penchant for Meth and by 2005 had increased her usage to multiple times per day.   By 2009 she had nearly exhausted the labs entire methamphetamine supply.

Farak  told investigators that she smoked crack every single day at work.  When police in Chicopee, Mass. seized a kilo of cocaine, Farak utilized that lab’s facilities to freebase about  100 grams of it and free is a very good price.  When it struck her fancy she also  took methamphetamine, amphetamine, ketamine, ecstasy LSD, Marijuana and MDMA at work and at home and probably to and fro.  She testified in court while addled by drugs and even hit the crack pipe prior to a 2012 state police accreditation inspection of the lab with no eyebrows apparently raised. Farak remained undetected amongst those trained to detect.  Throughout this entire marathon binge no one noticed a decline in her work with one colleague even calling her “meticulous” and “dedicated to her work.”

Farak  was arrested in 2013 after it was inexplicably discovered that her lab samples that she had been tampering with for nearly eight-years had been tampered with.   Chunks of crack were found at her work station and a crack pipe in her car.

She pleaded guilty in January 2014 to tampering with a handful of drug samples and served an 18-month sentence. She was prosecuted and the Massachusetts attorney general’s office said at the time they did “not believe Farak’s alleged tampering would undermine any cases” but three years later, an investigation by Attorney General Maura Healey reveals otherwise.

Farak’s pursuit to oblivion rivals that of  Permanent Midnight,  Jerry Stahl’s autobiographical account his prodigious drug use as he wrote television shows but the potential consequences of Farak’s diehard addiction and penchant for psychotropics are more than just shabby dialogue on Moonlighting or Alf.  Losses of liberties and freedoms can result from positive drug tests and the consequences can be grave and far reaching. Positive drug tests can tear apart families end careers and trigger suicides.

A spokeswoman for Attorney General Maura Healey said the information gathered about Farak “will no doubt have implications for many cases.”  One defense attorney told the Boston Herald that Farak handled about 30,000 cases over the course of her career.

Some defense attorneys maintain that prosecutorial misconduct kept the details of Farak’s drug-induced work secret for almost two years after her problems were discovered.

Cyndi Ray Gonzalez, chief spokeswoman for Massachusetts Attorney General Maura Healey, said that the state’s district attorneys, the defense bar and the courts “are going to have to collectively work on determining the universe of cases that could be affected. And they’re going to have to determine how best to notify the people in each case.”

Matthew Segal of the American Civil Liberties Union of Massachusetts has been fighting Massachusetts prosecutors for almost four years to learn the names of all those affected by Dookhan’s misconduct.  “This is why it’s not just about two chemists, it’s about an entire system that allowed this to happen, and once it did happen didn’t take steps to remedy it.”

The newly released investigation was prompted by a ruling from the state Supreme Judicial Court last April, which said top state law enforcement officials failed to fully investigate how many times Farak tampered with drug evidence after her arrest in 2013. “This is a statewide problem,” said attorney Luke Ryan, who helped bring the scope of Farak’s drug use and evidence tampering to light, and who represents several defendants whose samples purportedly were tested by Farak. “The fact that we’re doing this in 2016 instead of 2013 makes the job so much harder. . . . The chances of people falling through the cracks really increases.”  According to spokesman Jake Wark state’s district attorneys are undertaking research similar to that performed in the wake of the Dookhan scandal

“Our experience with the Hinton Lab crisis has provided us with a framework for identifying and acting on these cases,” Wark said, referring to  ex-chemist Annie Dookhan, who was found to have been falsifying her analysis reports to police and the courts for years and potentially tainting up to 40,000 cases.  Identifying and acting?   How about preventing?

Farak and  Dookhan’s misdeeds were initially dismissed as a minor issue by government lawyers. -These egregious debacles are not just a matter of “bad apples” but a complete organizational systems failure in a culture of deference with no internal controls and an absence of outside accountability.    In both cases the blinkered apathy is  glaringly obvious and some people felt it was easier not to examine or look too deeply into the matter.

HERE IS THE MASSACHUSETTS ATTORNEY GENERAL’S REPORT ON SONJA FARAK:

“We had two bags of grass, seventy-five pellets of mescaline, five sheets of high powered blotter acid, a salt shaker half full of cocaine, and a whole galaxy of multi-colored uppers, downers, screamers, laughers… and also a quart of tequila, a quart of rum, a case of Budweiser, a pint of raw ether and two dozen amyls.
Not that we needed all that for the trip, but once you get locked into a serious drug collection, the tendency is to push it as far as you can.”
― Hunter S. Thompson, Fear and Loathing in Las Vegas 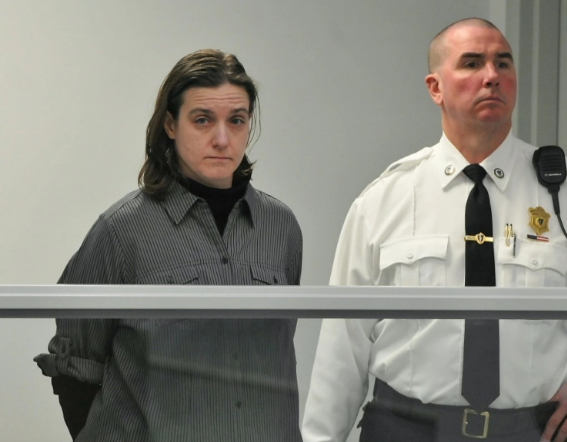 A knowing smile must have come across Sonja Farak’s face if she ever read the above quote fromFear and Loathing in Las Vegasduring her nearly eight-years as a chemist for theMassachusetts crime lab. The list ofillicit pharmaceuticals found inthetrunk of Dr. Gonzo’s red Chevrolet convertiblewas not unlike her very own…

One thought on “Eight Miles High at the MA Crime Lab: Another Glaring Systems Failure in Drug Testing in Massachusetts”