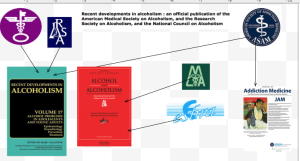 Forensic testing needs to be as close to 100% specific as possible because the results of a positive test can be grave and far reaching.   Getting this test (and all the others) approved and marketed through a loophole and then getting the state Boards and Federation of State Medical Boards to approve them by moral entrepreneurship is unconscionable.    Using the LDT pathway is just another example of how the “impaired physician movement” removes accountability and culpability by bending, ignoring or otherwise making their own rules.And the labs have taken a “stand your ground” approach. Never admit wrongdoing. Never settle.In a February 2007 article in the magazine “New Scientist,” Dr. Skipper is quotedthat:“…there is not yet an agreed threshold concentration that can be used to separate people who have been drinking from those exposed to alcohol from other sources. Below 1000 nanograms of EtG per millilitre of urine is probably ‘innocent’, and above 5000 booze is almost certainly to blame. In between there is a “question zone…”No Dr. Skipper—it is you who is most certainly to blame. And what of all the people whose lives you ruined by introducing junk science with no evidence base via a regulatory loophole?? “probably innocent?”   Shame on you Dr. Skipper…. Shame..shame..shame.

Source: Reliability of hair drug tests up for debate