According to an attorney for the  Massachusetts Board of Registration in Medicine the state physician health program (PHP), Physician Health Services, Inc. (PHS),  has not committed any crimes “because they have not been charged” with any crimes.

I am not sure what type of logical fallacy she is using here but it is utter nonsense.  As an attorney she should know a crime is determined by what someone does as measured by a thing called the law.  The documents below show a flagrant case of forensic fraud, cover-up and perjury.  They also show criminal violation of HIPPA as the agency created a “clinical” sample (and therefore protected health information (PHI)) when they are not a clinical entity and not legally entitled to do so.  As a 501(c)(3) charitable corporation they cannot engage in “clinical” medical practice and are  violating their non-profit status by engaging in ultra vires acts.

The documents below show forensic fraud.  This is undeniable and indefensible. It does not take a toxicologist or Medical Review Officer to understand what “chain-of-custody” is and that “updating” one constitutes misconduct, fraud and (as seen here) criminal activity.   These documents were obtained 5 months after a falsified test was ordered by Linda Bresnahan, Director of Operations at Physician Health Services, Inc.  in which a fax is sent to USDTL requesting my ID be added and a “chain-of-custody.

The blood test was drawn on July 1, 2011.  On July 19th, 2011 Ms Bresnahan requests (through the PHP secretary Mary Howard) that an already positive test for the alcohol biomarker phosphatidylethanol be “updated” with  ID # 1310 and a “chain-of-custody. (which is an oxymoron-a “chain-of-custody” by definition cannot be “updated.”)

Joseph Jones of USDTL does this without hesitation or any apparent compunction.   As there is increasing reports of physician suicide related to allegedly fabricated tests such as this one it is important that this be acknowledged and addressed head on.

In my opinion these are more murder than suicide and I implore anti-fraud, civil-rights and qui tam attorneys to examine the following document obtained from USDTL as it appears to be standard operating procedure:

August 6, 2014 to Langan with health materials

Unless we do something about this now this  flagrant fraud under “color-of-law” will not only continue with impunity against those already targeted but expand in scope to other segments of the population.

This information was provided to Board attorney Deb Stoller starting in 2011.  She had a moral obligation to act but apparently suppressed all of the documents to protect Dr. Sanchez and PHS.  The official “administrative record” contains none of it.

All of the documents below are missing from the official “administrative record” submitted to the  Massachusetts Supreme Judicial Court by the  Board of Registration in Medicine.

The documents speak for themselves.  ID # 1310 just happens to be my ID number.  When I complained that no one ever accused me of ever having an alcohol problem she replied:

“You have an Irish last name-good luck finding anyone who will believe you!”

For a more detailed analysis see here, here and here.  And where was the Medical Review Officer during all of this?  Good question and one he will not answer!  And no one else is holding him to account.

This is public corruption and state PHPs are in need of reform.

This needs to be addressed now.  It is my understanding they have convinced law enforcement that doctors are under their turf and that the AGO has agreed to defer to their judgment.  This shows why that is not good public policy. Neither the PHP nor the lab testing agency has any meaningful oversight.  No accountability or answerability exists.

So please read through this and either justify it or help me expose it.   Doctors are killing themselves because of this racket and being a bystander is not an option. 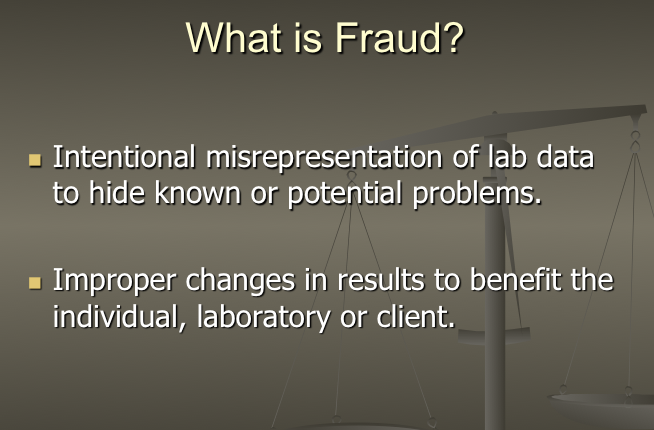 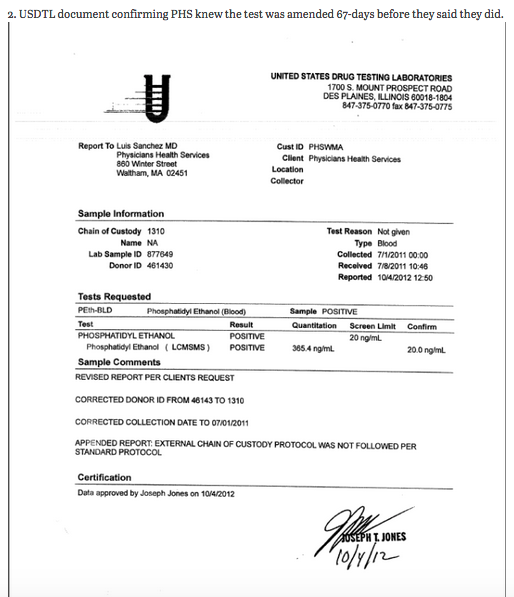 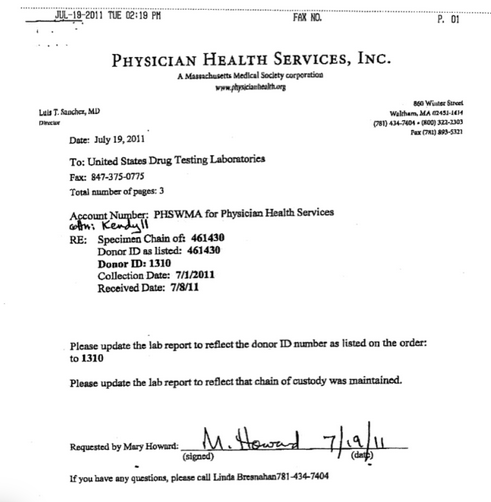 Laboratory developed tests (LDTs) have no FDA or CLIA oversight.  Avoiding regulatory oversight is just one of the ways those involved in the use of these tests avoid accountability.  Without answerability to third parties they have essentially removed themselves from consequences.

College of American Pathologists (CAP) accreditation is the sole avenue for complaint.  CAP does not sanction.  They only have the ability to educate lab to come under compliance with CAP standards under threat of loss of accreditation and it is under this threat that they can force a laboratory to correct both unintentional and intentional errors.  This is what was done in my case.

I filed a complaint with CAP in January of 2012.  The “Litigation packet ” showing forensic fraud was sent to CAP and I was informed that the investigation could take many months.    In October of 2012 I was suddenly reported to the Board of Registration in Medicine for  “noncompliance” with AA meetings (that were the sole and direct result of this test) and action was taken against my medical license which resulted in my suspension.

In December of 2012,  the Chief Investigator for CAP, Amy Daniels  called me to see how I was doing in light of the “amended” test.  She told me that the test had been invalidated on October 4, 2012.   I told her this was news to me as I was in the process of being suspended for “noncompliance” and called the Director of Operations at Physician Health Services (PHS) Linda Bresnahan who predictably told me she was unaware of any revision to the test.

But the very next day a letter was  sent out  signed by PHS Medical Director Dr. Luis Sanchez, M.D. stating that they had just  found out about the amended test on December 10. 2012, the day before when I called them.  Interestingly the letter acknowledged the invalidity of the test but  stated PHS and the BORM would  “continue to disregard” it.  Sanchez also made it a point in the letter to state they were  were not aware of any consequences resulting from it.  They denied any knowledge of an October 4, 2012 revision which would have been 67-days earlier than this acknowledgment and dismissal of the test.

In response to 93-A demand letters from my attorney for fraud, PHS, Quest and USDTL all refused to consider any damages by blaming my suspension on me.   They claimed my suspension was due to my “noncompliance” with attending AA meetings that was officially reported to the Board October 18, 2012.     The claimed the test that was used as a stepping-stone for all subsequent adverse events was completely irrelevant and had nothing to do with anything.    This is what is known as “moving the goalpost.”   What they did not know was that I would eventually be able to get the document proving they knew what they knew and when they knew it.

The response letters revealed important information that was previously only speculative with no way to prove.  Both labs, in defense, claimed that  the test was sent as “clinical” specimen at the request of PHS (an ultra vires out of scope act as they are a 503(B) charity. PHS is not a healthcare provider and is not authorized to practice medicine.

PHS and the labs were apparently unaware of the new HIPAA Privacy rule that requires labs to provide patients with their lab tests without approval from the agency ordering the test.  PHS had previously refused to provide labs by hiding under confidentiality and medical records regulations.

At first they refused but CAP and the DOJ -civil rights division forced USDTL to provide the document below dated October 4, 2012 informing Dr. Luis Sanchez of the amended test he reported in a signed letter to a state agency that he had just found out about December 10, 2012.  The letter undeniably shows Sanchez lied to a state agency in a written letter.  This is also a prima facie crime.  It is just one of many crimes that Board Attorney Deb Stoller has facilitated for PHS as her job is to ignore, suppress, minimize and deflect any criminal acts committed by PHS and protect them.  And this needs to be made public.  PHS needs to be held accountable.  So too do the actions of Ms. Stoller whose job as an agent of the state makes her involvement even more egregious than the perpetrators.

The documents below show a clear violation of M.G.L. 256 (B) Section 69 done under Color of Law.

Title 18, U.S.C., Section 242
Deprivation of Rights Under Color of Law

This statute makes it a crime for any person acting under color of law, statute, ordinance, regulation, or custom to willfully deprive or cause to be deprived from any person those rights, privileges, or immunities secured or protected by the Constitution and laws of the U.S.

This law further prohibits a person acting under color of law, statute, ordinance, regulation or custom to willfully subject or cause to be subjected any person to different punishments, pains, or penalties, than those prescribed for punishment of citizens on account of such person being an alien or by reason of his/her color or race. 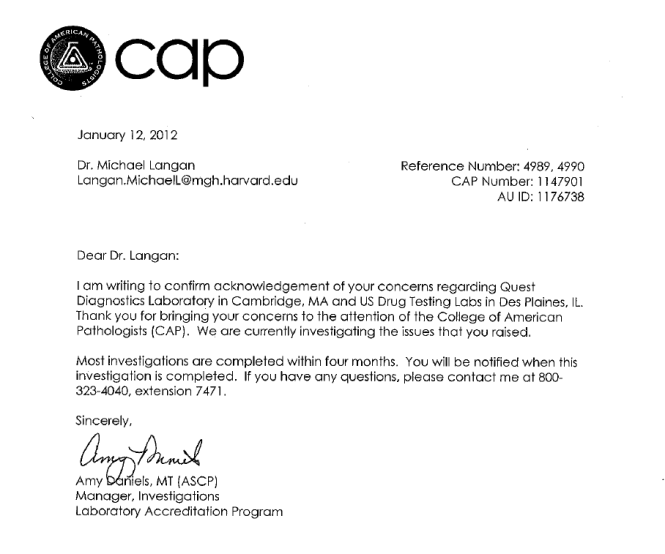 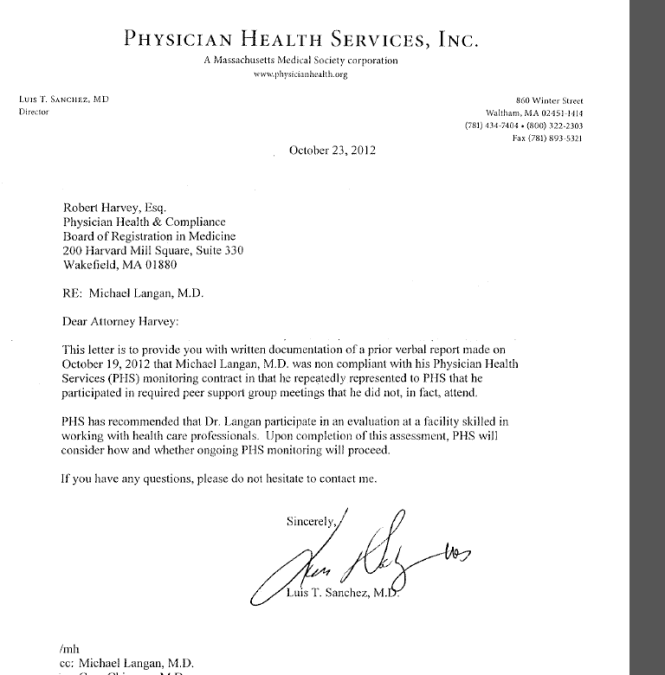 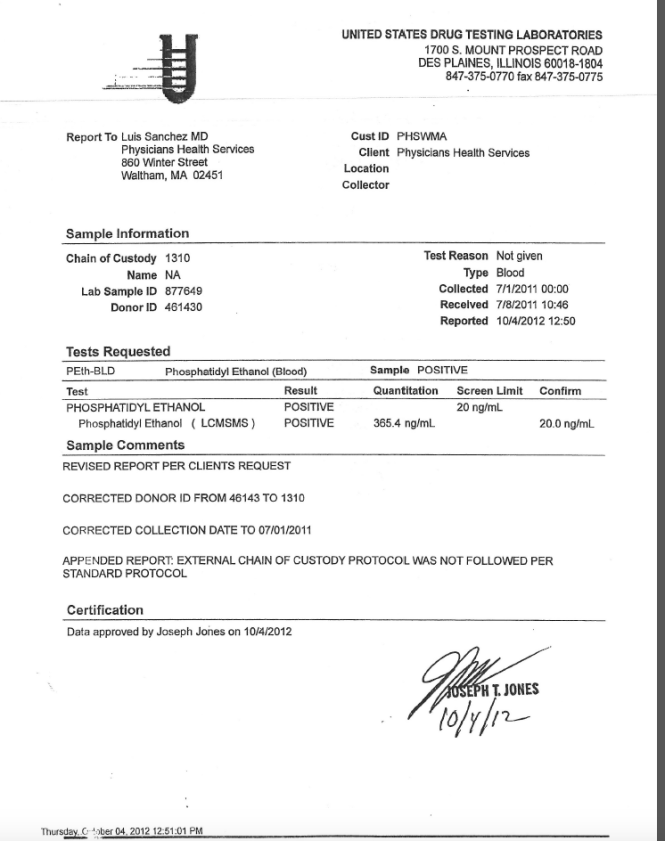 False Statements Relating to Health Care Matters (18 U.S.C. § 1035) It is a crime to knowingly and willfully falsify or conceal a material fact, make any materially false statement, or use any materially false, fictitious, or fraudulent writing or document in connection with the delivery of or payment for health care benefits, items, or services. 11 Chapter 2 ~ Summary of Fraud and Abuse Laws

This statute prohibits the making of any false, fictitious, or fraudulent statement to the United States or a government agency. This statute is exceedingly broad: It covers any statement or representation made to the government or any of its agents. A statement can be made either orally or in writing, and it can be sworn or unsworn.