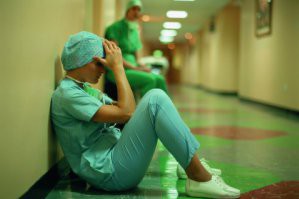 The Federation of State Physician Health Programs (FSPHP) and American Society of Addiction Medicine (ASAM) have both responded critically and dismissively to the Medscape article Physician Health Programs- More Harm Than Good? by Pauline Anderson; Both presumably complacent in the belief that their dismissive criticisms, proclamations of altruistic expertise and brandishment of the “PHP-blueprint” would  sway the rank-and-file reader into acceptance without further investigation and stifle  further inquiry.  “Feel-good” rhetoric and “appeal to authority” are logical fallacies that have, after all worked very well for them so far.

But amidst a growing  body of severe, serious and remarkably similar criticisms (Over 1200 comments on this and related articles) both the FSPHP and ASAM remain silent.   98% of these comments reflect negatively on the current state of Physician Health Programs and warrant legitimate discussion.   This is not occurring and the  import of this needs to be recognized.  Scientific arguments are won or lost by the scientific method. Either the data supports a claim or it does not.  Those who don’t have data to support their arguments deliberately employ logical fallacies in an attempt to convince people that their claim is correct.   The 202 comments seen below show how “Social Medicine” commentary can amplify the voices of those previously unheard or who are intentionally silenced.  Please read through them and you will see multiple similar and serious concerns and criticisms and valid arguments addressing all manner of misconduct and abuse.   Only two individuals have made attempts to defend the current PHP system and both completely avoided the pertinent issues by skirting the key issues presented using all manner of logical fallacy from “appeal to authority” to ad hominem shotgun attacks by a Dr. A.M.  Conflicts-of_interest have been identified in both individuals who financially profit from the status quo and the ongoing complete absence of official response to  pointed, direct, serious and  specific questions involving scientific misconduct, fraud and abuse is patently unacceptable and the import of this must be recognized by both the medical community and general public.