The use of non-FDA approved Laboratory Developed Tests (LDTs) for drug and alcohol testing  is currently limited to PHPs and the criminal justice system. (i.e. monitoring programs in which those doing the testing have power and those being tested have no power). That may soon change. See  Drug Testing and the Future of American Drug Policy and The American Society of Addiction Medicine White Paper on Drug Testing describing the plans for widespread expansion of this drug testing to other groups including kids. This system of institutional injustice is killing doctors by suicide as the medical societies and Departments of Public Health have given PHPs full autonomy and authority.  Can you name one other company, organization, group or agency that has no transparency,  regulation or oversight?  The PHP system has removed themselves from all accountability. That is a red flag in itself.  If they are not held accountable they may very well be after you next as their goal is expansion to other groups including kids!  Doctors are afraid to talk about this for fear of being ensnared themselves.  Those already in these programs will not speak for fear of punishment.   Help me get the word out –too many doctors are dying including three in Oklahoma in a one month period–all being monitored by the PHP.

“Science under dictatorship becomes subordinated to the guiding philosophy of the dictatorship.” So begins Medical Science Under Dictatorship1 written in 1949 by Leo Alexander and published in the New England Journal of Medicine. Alexander acted as consultant to the Secretary of war and the Chief Counsel for the Nuremberg trials.

The guiding philosophic principle is Hegelian or “rational utility” and “corresponding doctrine and planning”, Alexander said “replaced moral, ethical and religious values” and Nazi propaganda was highly effective in perverting public opinion and public conscience. He explains how this expressed itself in a rapid decline in standards of professional ethics in the medical profession.   This all started “started from small beginnings” with subtle shifts in the attitudes of physicians that there is such a thing as a life not worthy to be lived.

In 1985 the British Sociologist G.V. Stimson wrote of a new form of professional control in the United States that had emerged in the preceding decade whose “success rests on the ability to take certain areas of conduct such as alcoholism and drug abuse (which are formally disciplinary issues) and handle them as diseases.”2

“The impaired physician movement is characterized by a number of evangelical recovered alcoholic and addict physicians, whose recovery has been accompanied by an involvement in medical society and treatment programs. Their ability to make authoritative pronouncements on physician impairment is based on their own claim to insider’s knowledge.”2

Among these authoritative pronouncements was the use of specialized treatment centers. Many professionals were critical of these programs including Assistant Surgeon General John C. Duffy who criticized the “boot-camp mentality”4 toward doctors and American Society of Addiction Medicine President Leclair Bissel who was asked in a 1997 interview when the field began to see physicians as a specialized treatment population replied “when they started making money..” .” 5 Amid reports of abuse, coercion and control the Atlanta Journal Constitution ran a series of reports in 1987 concerning multiple suicides at one of these programs (5 while in the facility and at least 20 after discharge.6   Neither these suicides nor a large settlement against the same facility finding for fraud, malpractice, and false imprisonment involving intentional misdiagnosis7 generated any interest among the medical community at large.

And by 1995 the ship had sailed as the FSPHP relationship with the FSMB was forged. A 1995 issue of The Federal Bulletin: The Journal of Medical Licensure and Discipline, contains articles outlining the high success rates of these programs in 8 states with an editorial comment from the FSMB that concludes:

“cooperation and communication between the medical boards and the physician health programs must occur in an effort to protect the public while assisting impaired physicians in their recovery.”8

In 2003 Dr. Gregory Skipper, one of the key players of the impaired physician movement partnered with NMS labs to develop the alcohol metabolite ethyl-glucuronide (EtG) as a laboratory developed test13 14 he proposed be used as a monitoring tool for covert alcohol use in physicians after a pilot study involving just 14 psychiatric inpatients.15

The policy entrepreneurship this group so effectively uses to advance their goals can be seen in a 2004 issue of the Journal of Medical Licensure and Discipline containing articles both presenting the problem 11 and providing the solution.11   The EtG was introduced as an accurate and reliable indicator of covert alcohol use and the impact of this cannot be underestimated as it introduce to the market not only unregulated non FDA approved tests for forensic use but tests reaching further back into history then those used by workplace drug-testing programs.

When workplace drug testing was introduced debates over both the accuracy and scope of tests occurred. The employees right to privacy and the employers right to have a drug-free workplace were discussed with the general consensus being testing for impairment was a legitimate concern but preservation of private life should remain.

What was done here dissolves both.

PHP programs require abstinence from all substances including alcohol and strict adherence to 12-step doctrine9 yet many of the physicians monitored by them are neither addicts nor alcoholics. Requiring abstinence from drugs and alcohol while using non-FDA approved Laboratory Developed Tests in monitoring programs is a dangerous combination. The suicides reported by the Atlanta Journal Constitution in 1987 were prior to the introduction of these tests. Adding these tests of unknown validity to an already abusive program of coercion and control would only worsen the situation.

I have been hearing of multiple suicides involving both the fear of results and false results. I have also been hearing of doctors who have killed themselves because they were suffering from depression but did not seek help as their fear of being ensnared into the PHP outweighed the need to get help.

In The Argument of Fascism Ludwig von Mises wrote:

It cannot be denied that Fascism and similar movements aiming at the establishment of dictatorships are full of the best intentions and that their intervention has, for the moment, saved European civilization. The merit that Fascism has thereby won for itself will live on eternally in history. But though its policy has brought salvation for the moment, it is not of the kind which could promise continued success. Fascism was an emergency makeshift. To view it as something more would be a fatal error.

Laboratory Developed Death (LDT) =   A death related to the use of non-FDA approved and unregulated Laboratory Developed Tests (LDTs) in zero-tolerance abstinence based monitoring programs.    As a positive test results in “swift and certain” consequences the use of tests of unknown validity absent the standard safeguards used to protect the donor from false positives or fraud creates an underlying climate of anxiety described as “Russian Roulette without the gun.”  Introduced in 2004 they were tested on doctors in physician health programs and probationers and parolees in the criminal justice system  Fear surrounding the potential results of a test and the consequences as well as the consequences imposed due to a true, erroneous or intentionally falsified  positive test have resulted in suicides. 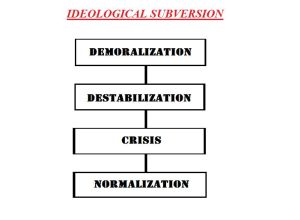 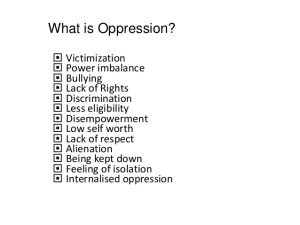 7 thoughts on “Doctors are Dying due to Laboratory Developed Death (LDD)–Help me get this exposed as they plan on expanding these tests to others. You could be next.”