“The belief that there are such things as witches is so essential a part of the faith that obstinately to maintain the opposite opinion manifestly savors of heresy.”

So begins Malleus Maleficarum , a witch hunters manual published in 1486 that  launched a new paradigm for all those concerned with the identification and extirpation of witches.  Used as a judicial case-book the Malleus set forth definitions of witchcraft, rules of evidence, and the canonical procedures by which suspected witches were tortured and put to death.   Written by Inquisitors for Inquisitors, the Malleus construct came to be regarded as irrefutable truth and contributed to the identification and execution of as many as 60,000 “witches”, predominantly women.  The 29th and last edition was published in 1669. 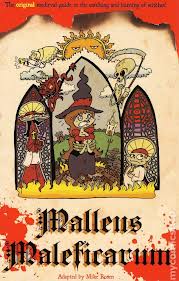 Although there was a general belief in witches at the time the Malleus was published they were not regarded as evil or life threatening.  Society did not fear them and Church and Political authority  certainly did not feel the need to hunt them down.   There were many scholars who publicly doubted the existence of witches at the time.  That would soon change.

After being snubbed by secular and ecclesiastical authorities in his witch-hunting pursuits, the  Dominican friar and German Inquisitor Heinrich Kramer told Pope Innocent VIII of a  dangerous outbreak of witches that had occurred in the region.    This diabolical conspiracy hell-bent on destroying humanity needed to be identified and destroyed for the public good, but church authorities were not cooperating.

On December 5th, 1484 Pope Innocent VIII issued the papal bull Summis Desiderantes affectibus giving full authority to proceed with “correcting, imprisoning, punishing, and chastising” such persons “according to their deserts,”  and threatening to sanction or excommunicate those who hindered the pursuit.

From the late 15th century through the early 17th century a confederacy of “authorities” calling themselves demonologists assisted in identifying witches. Shaping ecclesiastical orthodoxy they set the standards that cooperating political authorities could follow in criminalizing, persecuting and punishing heretics.

Using the nebulous “witch label” anyone with a grudge or suspicion could accuse anyone of witchcraft . 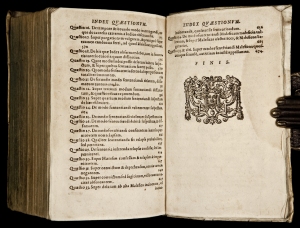 During the European witch-hunts the  legal notion of crimen exceptum (an exceptional and most dangerous crime] allowed for the suspension of normal rules of evidence to punish the guilty.

Because of the nature of the enemy the evidentiary bar was lowered and any witness, no matter what his credentials, could testify against the accused.

Belief in the seriousness of the situation rationalized cruelty. 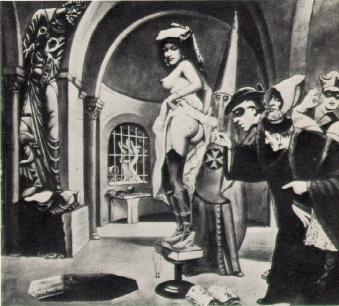 The Devil’s mark (Stigmata diaboli) was taken as the mark of a witch entailing close inspection.

Professional witch-prickers used  needles, pins and bodkins to poke the skin with lack of bleeding confirming the accusation.   The accused did not bleed due to retractable needles and sleight of hand.   False accusations, if exposed, were excused if they were a result of “zeal for the faith.”

The consequences of being branded a heretic  by questioning the existence of witches essentially silenced any dissenting voices and the notion of crimen exceptum freed the consciences of those involved.

Sanctimony, feigned piety and  hypocritical devoutness was used as justification.  After all–Torture and torment are a small price to pay when it comes to protecting the public and saving souls.

Through the witch trials clerics, doctors, and lawyers used their expertise as witnesses to increase their prestige.  Witch hunts developed into a means of economic profit.  Some gained a lot of money from the witch trials.  The witch or her relatives paid for the salaries of those who worked the witch trials including judges, court officials, torturers, physicians, clergymen, scribes, guards, attendants. Even the people who made the stakes and scaffolds for executions gained from the conviction and death of each witch.

“Witch hunting,” wrote the historian Rossell Hope Robbins, “was self-sustaining and became a major trade, employing many people, all battening on the savings of the victims.”

The costs of a witch trial were usually paid for by the estate of the accused or their family.

Far from the conventional image of a penniless hag, a significant proportion of accused witches, especially in Germany, were wealthy and male.

Their property was seized to pay the clergymen, judges, physicians, torturers, guards, scribes, and laborers who raked in increasingly large sums of money as well as other reliable assets.

With a single member accused, a moderately wealthy family could be ruined permanently.

Wretched creatures are compelled by the severity of the torture to confess things they have never done and so by cruel butchery innocent lives are taken; and by new alchemy, gold and silver are coined from human blood.

Context, characters and circumstances may differ but the mechanics do not.

The mosaic remains the same.

The Malleus shows how false constructs come to be regarded as irrefutable and the creation and chains of causation are timeless. 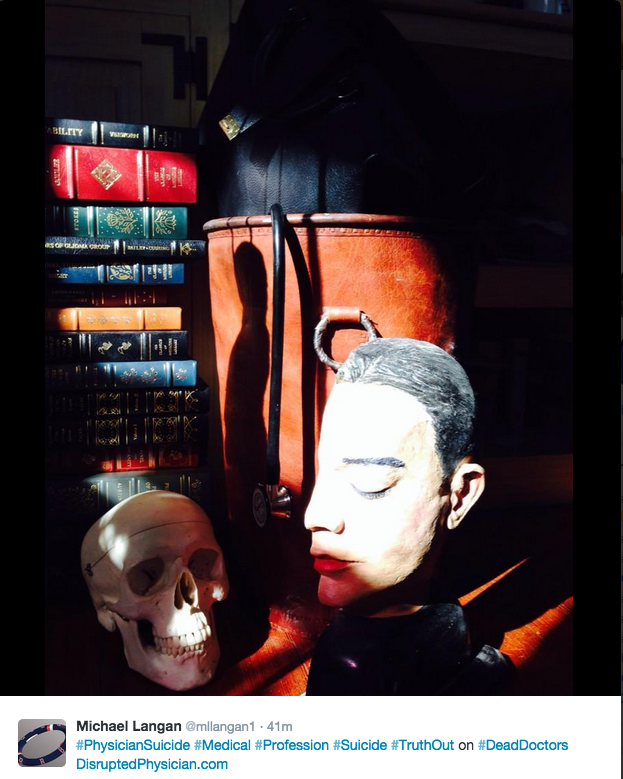 10 thoughts on “How False Constructs Come to Be Regarded As Irrefutable Truth: The Malleus Maleficarum, Demonologists and Witch-Prickers–Let’s See if She Floats!”