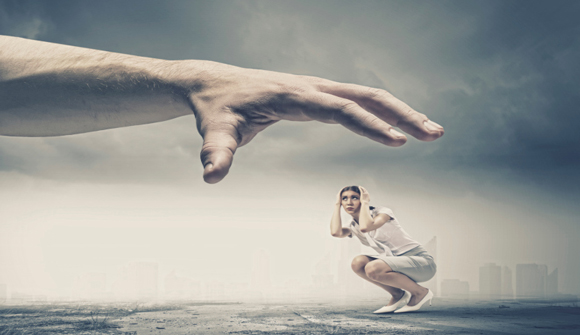 Related:  Monopolies, Self-Referral and Shell Games: The Need for Antitrust Investigation of Physician Health Programs and their “PHP-Approved” Assessment and Treatment Centers

The Dictatorship of the Federation of State Physician Health Programs (FSPHP)

The Federation of State Medical Boards (FSMB)  House of Delegates adopted an updated Policy on Physician Impairment at their 2011 annual meeting distinguishing “impairment” and “illness”  stating that Regulatory Agencies should recognize the PHP as their expert in all matters relating to licensed professionals with “potentially impairing illness.”  In 2011 The American Society of Addiction Medicine (ASAM)  issued a Public Policy Statement on coordination between physician health programs (PHPs), medical boards and treatment providers recommending  only “PHP approved” treatment centers be used in the assessment and treatment of doctors.   The Federation of State Physician Health Programs (FSPHP)  is an appendage of the American Society of Addiction Medicine (ASAM) that cultivated a relationship with the  Federation of State Medical Boards (FSMB) by offering  “treatment” rather than”punishment and their influence on regulatory medicine can be historically tracked  in the  Journal of Medical Regulation and similar  publications when they began touting grandiose success rates in treating “addicted doctors.” The  Washington  PHP claimed a success rate of  95.4%,  Tennessee   93% and Alabama  90%.   These breathtaking success rates were attributed to specialized treatment centers for doctors such as Ridgeview where they required inpatient stays lasting three times longer than average folks; cash-on-the-barrel and at three times the cost mind you. The truth is the majority of doctors referred for assessments do not meet the diagnostic criteria for problems they are receiving treatment.  It is unneeded. Very few are “addicts.”  Most of those being referred to these programs are like Leonard Masters who was accused of overprescribing and was told by the director of the Florida PHP he could either relinquish his license or have an evaluation. Masters chose the evaluation thinking he would be returning in 4-days.  but was diagnosed as an alcoholic and spent 4-months.  The man didn’t even have a drinking problem!   He successfully sued G. Douglas Talbott and the facility for false imprisonment, malpractice and fraud.

What objective criteria are used in selecting these “PHP-approved” assessment and treatment centers?    According to a  Performance Audit of the North Carolina Physicians Health Program done by State Auditor Beth A. Wood that’s a good question.

The North Carolina State  Audit specifically noted the predominant use of these out-of-state treatment centers.   In addition to “creating an undue burden on” those being evaluated the audit states that:

In fact the audit found no documented policy for selecting treatment centers.  The very organizations demanding documentation of policy for approval and charged with approving the treatment centers could not even give a comprehensible, plausible or even simple explanation for what any of  these things even mean.

When the NC PHP was asked to define these characteristics they explained that they learned  of “new treatment centers through professional networks and other informal sources” and used the “treatment centers’ reputation as a basis for establishing a referral relationship.”      Staff credentials, quality of care, treatment methods and modalities, patient choice, follow-up data, outcomes and other objective information apparently took a back-seat to what appears to be ill-defined and subjective word-on-the-street.

None of these facilities take insurance.  It is all out-of-pocket with the average cost for a 4-day assessment $5K and another  $80-120K for at least three months of inpatient treatment   Reports of “diagnosis rigging” and unneeded treatment are rampant and if  my survey is an accurate reflection of what is occurring more than 90% of those treated do not even meet the diagnostic criteria for what they are being treated for.

This  “failure to use FSPHP  recommended criteria to select treatment centers,” the Audit concluded “could cause the Program to enter into referral arrangements with service providers that do not meet quality standards”

Ironically the  NC PHP failed to follow guidelines they themselves introduced and demanded be followed but could produce no documented criteria they existed.    They could not even provide plausible criteria.   Professional networks, reputation and other informal sources are fine for some choices.  That’s how I picked out my first skateboard.     These resources can play in important role in choosing a shirt, new sneakers or even a car but they do not constitute selection criteria for an assessment in which the consequences and recommendations made for the person being assessed are significant, potentially life-altering and possibly permanent!

And to top it off the  Medial Director of the North Carolina PHP,  Dr. Warren Pendergast, was the  President of the FSPHP at the time of the audit.  PHPs are not clinical providers but monitoring agencies.  They meet with, assess and refer doctors for evaluations and and monitor doctors through drug and alcohol testing and the monthly reports of others.     As such the PHP is tasked with two jobs-referring doctors for evaluation and then monitoring them after they have been evaluated.  The fact that they could not produce the facts and reasoning of the very basis for which they exist is incomprehensible.   The President of the FSPHP being unable to define the selection criteria for approved and mandated facilities is like Anthony Bourdain being unable to explain the ingredients of an omelette.

To summarize, doctors in North Carolina were being forced by the PHP  to have evaluations at “PHP-approved” assessment and treatment centers but the PHP was unable to explain anything substantive in defining any of it.  Why?  Because no qualitative objective selection criteria exist and that is the case in every state. This is especially concerning when it is realized that these evaluations are limited to facilities and people  tied financially and ideologically to the groups and individuals who are mandating the referral.