PHPs are essentially Employee Assistance Programs (EAPs)  for doctors, nurses and other health care professionals.    The vast majority of people know little or nothing about Physician Health Programs (PHPs) but they should. The grand plan is expansion to other occupations under what they are calling the “New Paradigm.”  Deemed “professional health programs”they don’t even have to change the acronym.

Physician Health Programs (PHPs) are being called  the “gold-standard” for EAPs.   Claims of unparalleled success are being used to promote PHPs to other populations as a “replicable model of recovery.”  Drs. Robert Dupont and Gregory Skipper are promoting PHPs as “A New Paradigm for Long-Term Recovery”  claiming an 80% success rate in doctors.   An article entitled “What Might Have Saved Philip Seymour Hoffman” claims the actor may still be alive today if he had access to one of these programs  and comments they “ought to be considered models for our citizenry” and the “best evidence-based addiction treatment system we have going.”

Such is not the case.  What is being touted as “gold standard” and “cream of the crop” is on closer inspection iron pyrite and curdled spit up.  I am reminded of the commercials comparing a Granada to a Mercedes when I was a kid.  I remember these commercials  well as I couldn’t wrap my head around them.  In one, as I remember it, two couples arrive at their parked adjacent cars with keys in hand. The Mercedes tries to open the door of the Granada and vice versa.  How is this scenario even possible I remember thinking. Was it a bar they just came out of  and they are drunk?     Is this related to “this is your brain on drugs?  Do they have some sort of memory problem like that old guy in the miracle ear commercial who looks confused when the waiter asks his preference for salad dressing and his companion yells “he said do you want Italian, thousand island or vinaigrette?”  How could anyone in a right state of mind  confuse a Ford Granada with a Mercedes 450SE? 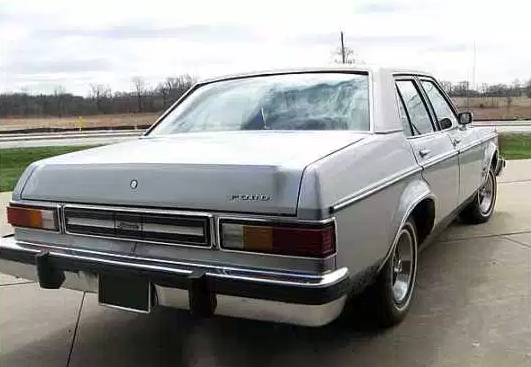 PHPs are not the Mercedes of EAPs but the jalopy with no breaks and broken steering of EAPs with Stuntman Mike from Quentin Tarantino’s Death Proof at the wheel.

Like smoke alarms and air bags,  EAPs are not in the forefront most peoples minds until they need them and like smoke alarms and air bags they usually work just fine for most people. Discerning and scrutinizing one’s EAP is not a common thing.  If your EAP was replaced by the PHP model you probably wouldn’t even know it. That is why this needs to be on your radar. Caveat emptor.  Forewarned is forearmed. 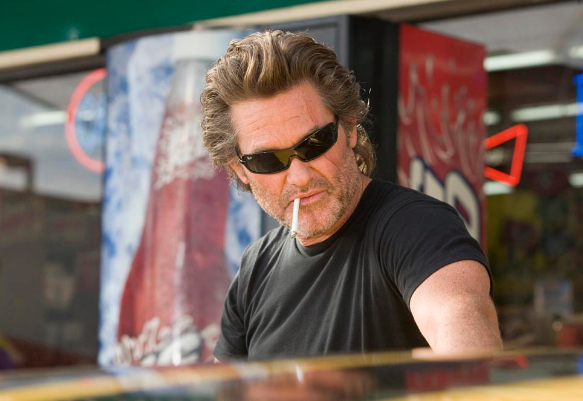 The dark underbelly of these programs are just beginning to be exposed in the general medical community.  See Pauline Anderson’s  Physician Health Programs- More Harm Than Good?  published on Medscape and  BMJ Editor Jeanne Lenzer’s “Physician health programs under fire” for an overview.  Look in the comments section for the horror stories.

The claim of an 80% success rate is a 2009 study published in the Journal of Substance Abuse Treatment entitled  Setting the Standard for Recovery: Physicians’ Health Programs and authored by Robert Dupont,  A. Thomas McLellan,  William White, Lisa Merlo and Mark Gold.  This  study is the cornerstone of the “PHP-blueprint.” It is the very  foundation on which everything else is based, a Magnum opus used to lay claim to supremacy that has been endlessly repeated and rehashed in a plethora of self-promotion and treatment community blandishment.

One major problem with this claim of an 80% success rate is that close to 80% of those coercively enrolled in these programs do not fit the diagnostic criteria for substance use disorder or any other psychiatric diagnosis. In reality these programs cause far more harm and if we really looked at the impact of these programs and compared them to traditional EAPs the success rate would be abysmally low.

The Expansion of Physician Health Programs (PHPs) to Other Populations

1.  Although these programs claim to help doctors they may actually be harming many and contributing to suicide.

2.  The plan is to greatly expand these programs to other populations and you could be next.

In 2012 Robert Dupont delivered the keynote speech at the Drug and Alcohol Testing Industry Association annual conference and described a “new paradigm” for addiction and substance abuse treatment and proposed expansion of this paradigm to other populations including workplace, healthcare, and schools.

It is therefore critical that the “PHP-blueprint” be examined using critical reasoning and evidence base.   All of this needs to be assessed in terms of legitimacy and intent.

Lack of Evidence-Base and Conflicts of Interest

A  cursory  analysis of the study on which this success rate is based reveals very little evidence base.

The claim of 80% success rate in physicians is based on Setting the Standard for Recovery: Physicians’ Health Programs is unfounded.  The study is a poorly designed using a single data set (a sample of 904 physician patients consecutively admitted to 16 state PHP’s).

It  is non-randomized and non-blinded rendering the evidence for effectiveness of the PHP treatment model over any other treatment model (including no treatment) poor from a scientific perspective.  The study contains multiple flaws in both reasoning (type I and type II errors) and statistical analysis that render its conclusions invalid.

In addition the impact of undeclared but substantial financial conflicts-of-interest (including funding by drug testing and addiction treatment industries) and personal ideological biases (including personal 12-step recovery from addictions) in the authors of this study also needs to be considered.

Moreover the misdiagnosis and over-diagnosis of addiction in physicians in this paradigm  incentivized by lucrative self-referral dollars for expensive 90-day treatment programs is a significant factor.

The mean age of the 904 physicians was 44.1 years. They report that 24 of 102 physicians were transferred and lost to follow “left care with no apparent referral.”

What happened to them? These are physicians with multiple identifiers (state license, DEA, UPIN, etc) not transient drifters.

More importantly what happened to those 48 who were reported to the Medical Board for noncompliance and had their licenses revoked–that would be the critical time when this population would be at most risk for completing a suicide. That would be when hope was lost and the coerced physician, knowing that the fight was over, would take that step.

The outcomes they used were the last reported status of the PHP participant enrolled in the program.   Measuring success of program completion in doctors compared to the general population is meaningless as the short-term outcomes are quite different in terms of the external consequences imposed.   The consequence of not completing a PHP is the invariably career ending.    So what happened to the 24 of who “left care with no apparent referral,” the 85 who “voluntarily stopped or retired,” and the 48 who “involuntarily stopped or license revoked.”

Whether you leave a PHP voluntarily, involuntarily, or with no apparent referral it is the end game and your career is over.  Comparing this to other populations where the consequences of failing to complete the program are not so final is inappropriate.     Claiming superiority over programs with a 40% success rate is unfounded because for most of those people the consequences are not so final and may mean nothing more than an increase in testing frequency.

The big question is what happened to the 157 physicians who left or stopped?  How many of them killed themselves. With an average age of 44 there were  6 reported suicides 22 deaths, and another 157 no longer doctors.  I would venture to say the number of suicides is a lot higher than they claim.  But using the last recorded PHP status as the final outcome obfuscates this.

Due to the severity of the consequences a 20% failure rate is quite concerning. This is of particular concern because many doctors (if not most) monitored by PHPs are not addicts.

As noted above, PHPs are essentially Employee Assistance Programs (EAPs)  for doctors. Most EAPs, however, were developed in the presence of trade unions and other organizations working on behalf of the best interests of the employee. This collaborative effort led to EAPs that were more or less “organizationally just” with procedural fairness and transparency.

No such organizations exist for doctors.   Due to the absence of oversight and accountability  PHPs have been able to use non-FDA approved laboratory developed tests of unknown validity on doctors without any opposition.

The distinction between professional and private life as a fundamental value of our society  and the importance of this boundary was also upheld by these groups.

In the PHP paradigm no procedural fairness or transparency exists and the boundary between professional and private life has eroded.

PHPs impose 12-step ideology on all doctors referred to these programs.   State Medical Boards  enforce this in violation of the Establishment Clause of the 1st Amendment yet there is little recourse for doctors as they are threatened with non-compliance and loss of licensure.

The use of 12-step  is most likely not ideologically driven but profit driven.

The plan to expand this to other populations is outlined in the ASAM White Paper. 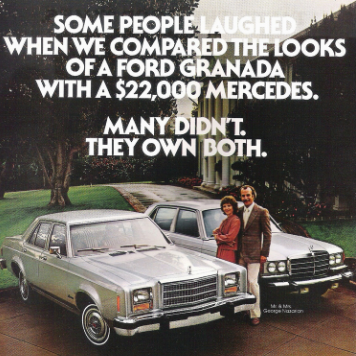 This concerns all of us.  The first step needs to be a critical appraisal of  Setting the Standard for Recovery: Physicians’ Health Programs,  the foundation of their claims of an 80% success rate and a conflict-of-interest analysis of its authors.  The legitimacy of the study and its claims needs to be questioned.

It does not take a Cochrane review to see that the emperor has no clothes.  This is not difficult. It is straightforward and simple.

As an illegitimate and irrational authority it is necessary that this opinion remain unchallenged. We need to challenge it.

Historical, political, economic and social analysis reveals that the “PHP-blueprint” is a false-construct built on circumnavigation and obfuscation.  An evidence-based scrutiny of the literature would reveal it to be invalid and of little probative value.

But if  nobody speaks up it is inevitable that they will expand the “PHP blueprint”  to other employee assistance programs and schools.

This is not just about doctors.  You too are at risk for coercion, control, conformity and forced adherence to a  lifetime of abstinence and 12-step indoctrination and if you do not speak up now it won’t be a risk but a certainty.

Please click on the link below and complete the following survey if you have been monitored or are being monitored by a PHP. 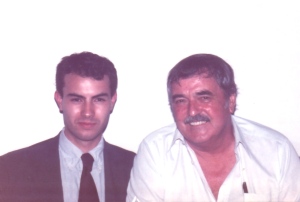 4 thoughts on “Physician Health Programs (PHPs): The Ford Granada of Employee Assistance Programs (EAPs) and Stuntman Mike is at the wheel.”