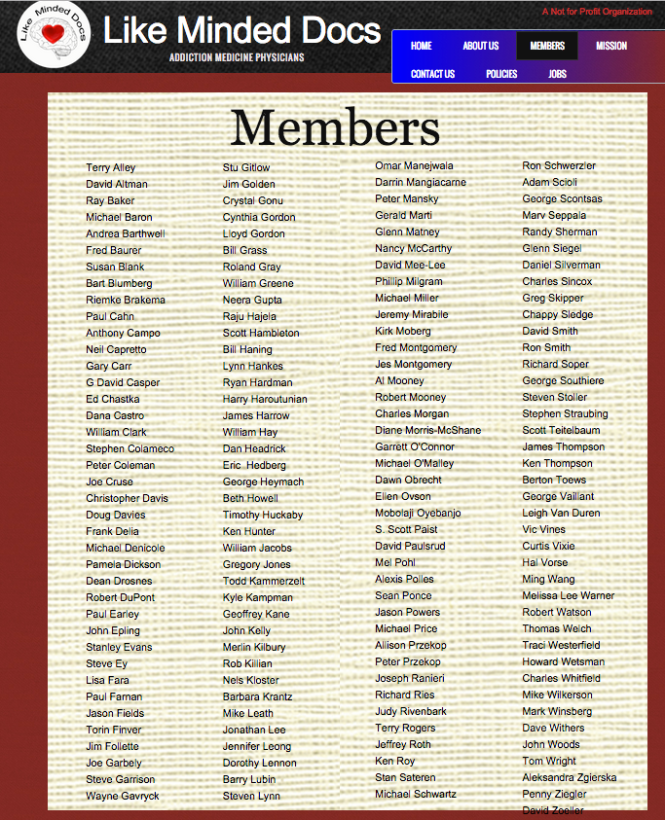 A 2010 study, Corporate Psychopathy: Talking the Walk, found that 3 to 6 percent of corporate employees may be responsible for the majority of ethical breaches in corporations, with corporate psychopathy tending to be concentrated at the higher levels of organizations.

This group here, Like-minded Docs,  is largely responsible for what happens to any doctor referred to a state PHP because all of the medical directors of  the “PHP-approved” assessment and treatment centers can be found right here.

So too can Bob Dupont and Greg Skipper who have introduced the non-FDA approved drug and alcohol LDTs.  Stuart Gitlow, President of ASAM is also on the list.

This group is essentially in control of doctors and determines their fates and the percentage of psychopathy here is much much more than the  3-6% found at Enron.

Some of these doctors have done horrible things that most doctors would never do under any circumstances (steal IV pain relieving drugs from dying cancer patients I.V. bags, selling the ‘date-rape” drug to DEA agents).

On this list are multiple felons and a fair number of double felons who got their licenses back by saying they were not responsible for what they did.  They were helpless over drugs or alcohol and have now been saved by the good graces of 12-step spirituality.

And with that the medical boards gave them power without accountability.  There is no regulation, oversight, answerability or need to justify their actions.  It is a free for all and this list is a gold-mine for anyone studying organized psychopathy.

Physician Health Programs are a funnel for the sociopath and without restraint they are only growing.

This is what John Nash described would happen without counter-forces to keep their numbers low.

In his book Without Conscience, Dr. Robert Hare notes “If we can’t spot them, we are doomed to be their victims, both as individuals and as a society. ” Dr. Clive Boddy in Corporate Psychopaths observes that unethical leaders create unethical followers, which in turn create unethical companies and society suffers as a result.” And if you look at the FSPHP branch of the ASAM that is exactly what you will find.  less than 1/% of the population are psychopaths but they represent more that 10% of those in prisons.  What is the natural history of the physician psychopath? You do the math. 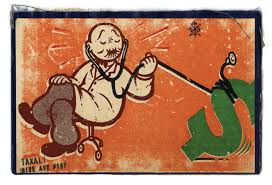 13 thoughts on “Snakes in Smocks: Unrecognized Corporate Psychopathy in the Medical Profession”