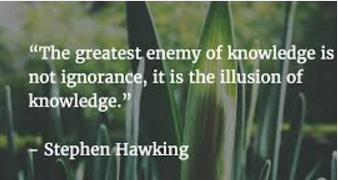 The goal of the ASAM has always been to get the medical establishment to accept 12-step spiritual recovery.

AMSA evolved into the ASAM

Despite the all-encompassing title of this 31-page section (pages 911-942) no “other recovery programs” are described. In fact, no other programs bar 12-step ideology are even mentioned.

I have read through each chapter word-for-word three times just to be sure; and although the chronic relapsing brain disease model of addiction requiring lifelong abstinence and spiritual recovery is described, trumpeted and proselytized in great detail, not one other model of addiction is even named.

As with anything I write I encourage you to fact-check this. My goal here is to present my opinions with facts and evidence that can be checked and verified. Point out any errors of fact and I will promptly remove and correct them.

If a Cardiology textbook had a section entitled “Cholesterol, Statins and other Lipid Lowering Agents” with three chapters that only described Lipitor it would be correctly lambasted from every angle by the entire field of medicine as soon as it hit the shelves.

The lack of evidence-base and conflicts-of-interest would be recognized and dealt with immediately and when it was realized that many of the authors not only profited from, but  based their very own cardiac health on Lipitor they would rightly be held accountable. Such is not the case in Addiction Medicine.

The validity and reliability of opinions lie in their underlying methodology and evidence base. Reliance on the personal authority of any expert or group of experts is the fallacy of appeal to authority.

An appeal to Authority is a fallacy with the following form:

The fallacy is committed when the person (or group) in question is not a legitimate authority on the subject. If person A is not qualified to make reliable claims about subject S then the argument will be fallacious.   Since this sort of reasoning is fallacious only when the person is not a legitimate authority it is necessary that acceptable standards be set and the following standards are widely accepted.

With the exception of number 5 the ASAM fails on all counts, but policy makers, members of the press, politicians and others have been successfully bamboozled into believing the ASAM are indeed “experts” in Addiction Medicine.

Over the years, the American Society of Addiction Medicine has continued to promote the AA position that alcoholism (and by inference any other addiction) is an illness which only a “spiritual experience will conquer.” All addictions are believed by ASAM to be caused by a lifelong chronic relapsing brain disorder that can only be treated by complete abstinence from all mood-altering substances (with the apparent exceptions of tobacco and caffeine interestingly) and the vast majority of ASAM doctors believe that the only effective treatment for addiction must include surrendering one’s “will and life over to the care of God.”

Because addiction is defined as a disease, addicts must be “treated” (often coerced) and “cured” (which is defined as remaining abstinent).

The medical profession needs to reexamine its role in Addiction Medicine.

Confusing ideological opinions with professional knowledge is unacceptable.   Presenting it as textbook science is not only dangerous but fosters negligence, abuse of power, self-interest and prejudice on the part of the medical community with respect to the treatment of all patients. 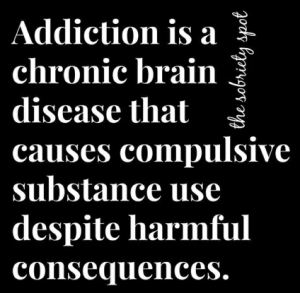 What I do have a problem with is imposing and mandating any treatment on others.

Inherent in the current chronic brain disease model of addiction is the importance of external control over individuals.  Political correctness and the oversimplified medicalization of addiction is allowing it.   Demanding scientific literacy and discriminating good science from bad science would prohibit what is occurring and In order to save American Medicine this problem needs to be clearly recognized. Otherwise we will become a profession that is essentially defined by the false dichotomies and grand illusions defined by the impaired physicians movement.